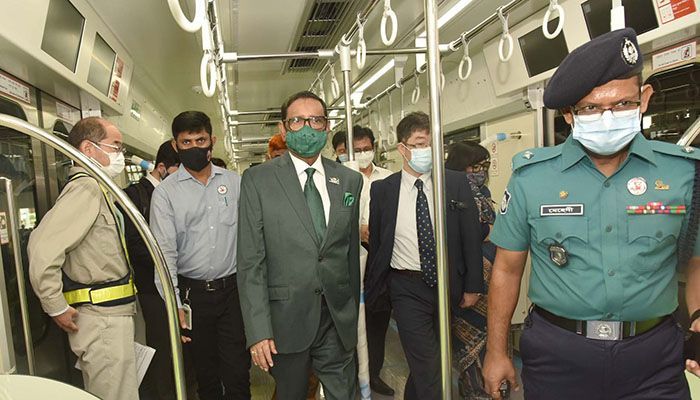 ﻿Road Transport and Bridges Minister Obaidul Quader has said that the country's first metro rail will be officially inaugurated in December next year.

He was speaking at the inauguration ceremony of the first Metrorail on Sunday (August 29) at Diabari Depot Viaduct in Uttara.

"It's a milestone," Quader said. Metrorail is no longer a dream, it is a visible reality. Critics will criticize and propagate, we will respond at work. The Sheikh Hasina government responded. We are responding with mega projects including Metrorail and Padma Bridge.

He said it would take about six months to complete the test overall. After the completion of the performance test, the integrated test will be done for about three months. At the end of the integrated test and before the start of commercial operations, a five-month passenger less trial will be run.

Earlier, Quader waved the green flag at the coach unloading area of ​​Diabari Depot in Uttara at around 12 noon and inaugurated the test run of Metro Rail.