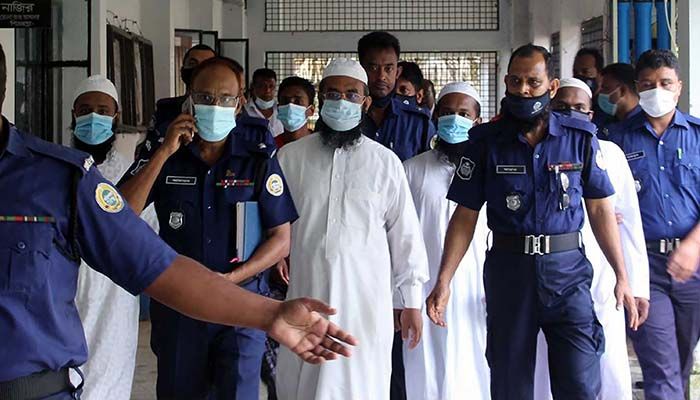 ﻿In a case filed for embezzling Tk 17,000 crore, a Pirojpur court on Monday ordered Ahsan Group Chairman Mufti Ragib Ahsan and three of his brothers on seven-day remand apiece.

Additional After sub-inspector Monirul Islam, the case's investigating officer, presented them before the court with a seven-day remand prayer for each of the arrestees, Chief Judicial Magistrate Md Mohiuddin issued the decision.

On September 10, Ahsan and his brother Abul Bashar Khan, a company director, were detained on charges of defrauding crores of taka through an MLM scheme on Topkhana Road in Dhaka.