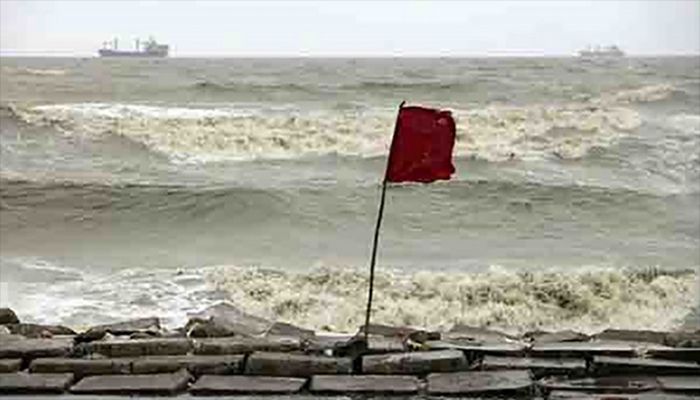 The maritime ports of Chattogram, Cox's Bazar, Mongla and Payra have been advised to keep hoisting the local cautionary signal no 3 under the influence of a deep depression, steep pressure gradient persists over the North Bay and adjoining areas, reports BSS.

Squally weather may affect the maritime ports, the North Bay and adjoining coastal areas of Bangladesh, it said, adding all fishing boats and trawlers over the North Bay and deep sea have been advised to remain in shelter till further notice.

They have also been advised not to venture into the deep sea, the bulletin said.

Besides, the Met Office, in a 24-hour weather forecast commencing from 9:00am Tuesday, predicted light to moderate rain or thundershowers accompanied by temporary gusty or squally wind at most places over the country by 9:00am Wednesday.

"Light to moderate rain or thundershowers accompanied by temporary gusty or squally wind is likely to occur at most places over Rangpur, Rajshahi, Dhaka, Khulna, Barishal and Chattogram divisions and at many places over Mymensingh and Sylhet divisions," said the Met Office.

The highest rainfall in the last 24 hours in the country was recorded 24mm in Khulna.

The sunsets at 6.03pm Tuesday and rises at 5.45am Wednesday in the capital.