Students 12 Or Up to Be Vaccinated: PM 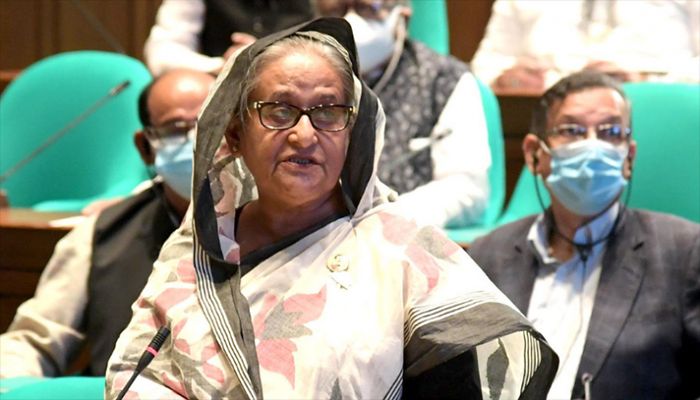 Prime Minister Sheikh Hasina on Wednesday said the government has planned to gradually bring students 12 and above under the vaccination coverage, reports UNB.

Hasina said this while replying to a tabled question from Jatiya Party MP Rustam Ali Farazi during PM’s question-answer session in parliament.

The prime minister said the government has a plan to vaccinate 80 percent of the country’s population.

To bring 50 percent of people under vaccination coverage by December 2021, the government is taking measures as per the guidelines of the World Health Organization, she told the House.

To make that happen, Hasina said, the government will provide vaccine jabs for the students aged 12 or above.

She mentioned that the physically challenged people will be brought under the vaccination coverage through vans (cars) provided by the respective ministry to bring them under the social safety-net coverage.

She said workers will also get vaccine shots on a priority basis as measures have been taken to collect 24,65,13,660 vaccine doses.

Under these measures, the prime minister said, some 4,44,31,880 vaccine jabs have been collected through bilateral agreements.

Steps have been taken so that one crore or more doses of vaccines could be collected every month, she added.

Hasina said some six crore vaccine jabs — two crore every month — will come from Sinopharm from October to December.

The prime minister hoped that it would be possible to overcome the pandemic with cooperation from all governments.

“The situation will become normal again if everybody follows health guidelines strictly apart from getting vaccinated,” she said.