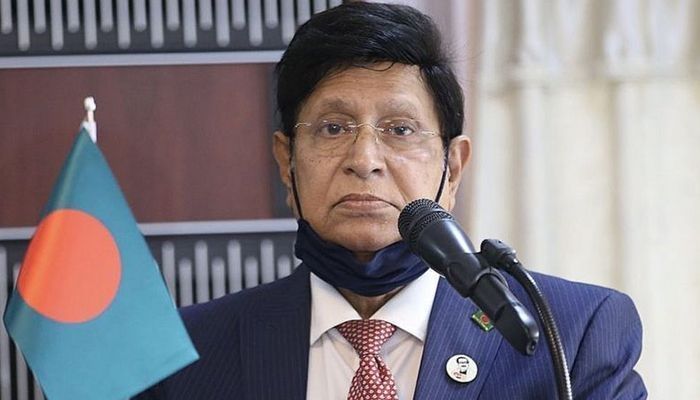 ﻿﻿Foreign Minister Dr AK Abdul Momen has said that Bangladesh is receiving a large consignment of coronavirus vaccine under COVAX. He said that the total 24 crore vaccines are in the line which have arrived in the country and are waiting to arrive.

The foreign minister was speaking to reporters after an event organized by the Dutch-Bangla Chamber of Commerce and Industry (DBCCI) on Wednesday (September 15).

"We'll get a big lot through COVAX," Momen said. They will give only when the Ministry of Health asks. It will be available under COVAX and Sinopharm. '

Asked if there had been any progress on vaccination with Russia, Momen said, "There has been no progress."

Despite not taking a single dose of coronavirus vaccine, Britain is allowing citizens of other countries to enter the country, while the foreign minister of Bangladesh has expressed regret over the red list for Bangladeshi nationals to enter in the UK.

"Even those who have not received a single dose of the vaccine are being allowed to go to Britain," Dr Momen said. "They should also allow the British citizens who are stuck in Bangladesh. Britain has not issued a red alert to India; though more people have died in India and less in our country. There is no African variant in our country. Our health ministry should mention this in the report." (UNB)