4 Get Death Penalty for Killing Headmaster in Shariatpur 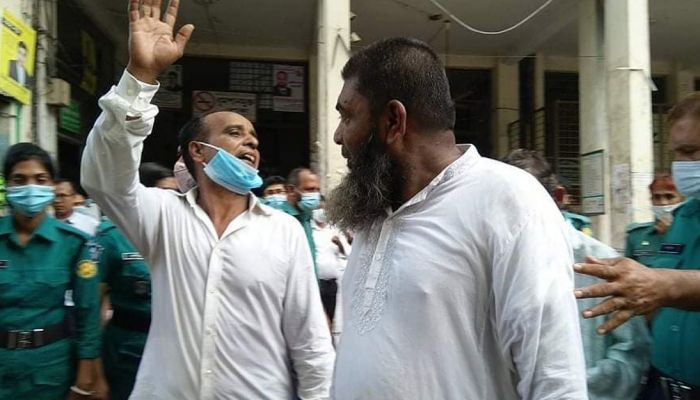 4 Get Death Penalty for Killing Headmaster in Shariatpur || Photo: Collected

﻿Four people were sentenced to death and nine others to life term imprisonment by a tribunal in Shariatpur on Wednesday for killing a headmaster of a school in 2010.

According to the prosecution, Abdus Samad Azad, headmaster of Chikondi Saraf Ali High School, was stabbed to death by the convicts in Santoshpur Bus stand area in Sadar upazila on January 15, 2010.

A case was filed in this connection with Palong Police Station.

On May 11, 2011, sub-inspector Sultan Mahmud submitted a chargesheet against 19 people after the plaintiff filed a ‘naraji petition’.