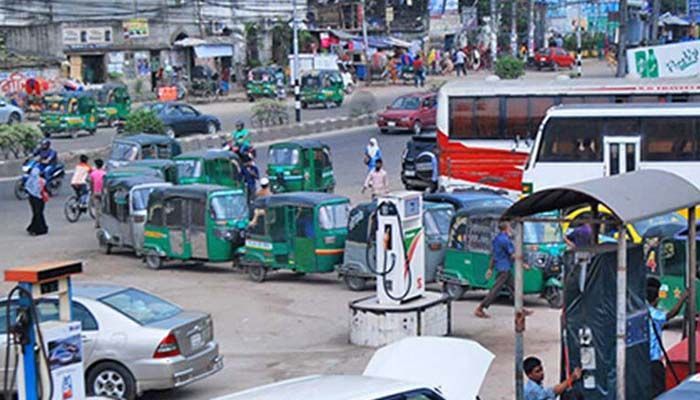 ﻿The government has decided to keep CNG stations closed for 4 hours every day. The decision was taken at a meeting held at the Ministry of Energy on Wednesday. A source at the meeting confirmed the information. However, the time has not been fixed yet. According to meeting sources, the station may be closed from 5 pm to 9 pm.

In this regard, the senior secretary of the energy department Anisur Rahman said, it has been decided to keep the CNG station closed every day. However, it will be announced on Thursday at what time of the day it will be closed. And this decision will be effective from next Sunday afternoon.

Earlier on Monday, the energy department had said in a press release that CNG stations would have to be closed for six hours every day from 5 pm to 11 pm to increase gas supply for power generation during peak hours. Petrobangla sat down with the CNG Owners Association on Tuesday to discuss the implementation of this decision. At the meeting, the station owners proposed to keep the pump off for three hours from 6 pm to 9 pm. The owners' association also wants a few days to implement the decision.

A meeting was held at the Ministry of Energy on Wednesday to finalize the decision. The meeting decided to close the CNG station for 4 hours every day.