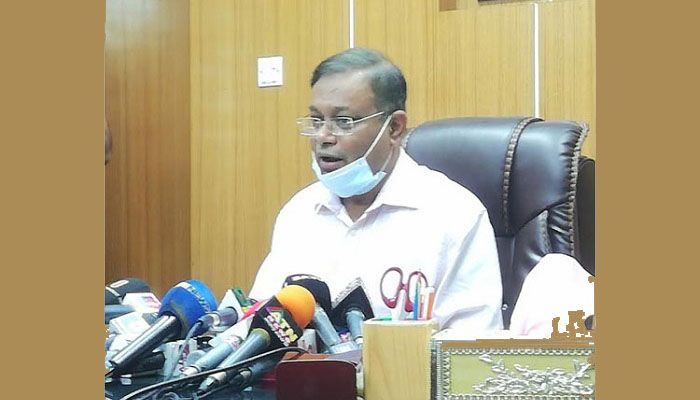 ﻿Information and Broadcasting Minister Dr Hasan Mahmud said on Wednesday registration of online news portals is a continuous process and the directive of the High Court on this issue is helpful in bringing discipline.

Hasan said the order of the High Court is very much crucial in this regard. Those online news portals, which are not performing their jobs appropriately and publishing untrue and false news, spreading rumours for the assassination of other characters, are not acceptable, he added.

“The order will be helpful in this regard,” he said.

He said his ministry will close some online news portals within the stipulated time after getting a written copy of the court. “At the same time, we will present the issue to the court that it is an ongoing process and registration is going on through a process. We will also produce before the court that closing all the news portals without scrutiny in together is how much logical,” said Hasan, also Awami League joint general secretary.

Earlier, the minister joined a function of unveiling the cover of the book ‘Sheikh Hasina’ke Nibedito Ekguccha Kabita’ translated in the Turkish language through an online organised by Peace a-Harmony.

In his speech, he said Bangabandhu’s daughter Prime Minister Sheikh Hasina is playing a unique role in establishing peace and harmony not only in Bangladesh but across the globe.

He said the world media recognised her as the ‘Mother of Humanity’ for giving shelter to Rohingya refugees.

Replying to another query over a comment of BNP leader Rizvi Ahmed, the minister said it is a question that why BNP has an inclination to foreign countries. “They rush to embassies when anything happens in the country and when anyone suffers from fever they want to send him or her abroad. Why they incline to foreign countries,” said Hasan.

He said Begum Khaleda Zia didn’t get any bail from the court. Prime Minister Sheikh Hasina has shown her unprecedented generosity to Begum Zia by releasing her (Begum Zia), who is a convicted accused of embezzling the money of orphans, he added.

For this, Hasan said, they (BNP) should give thanks to the Prime Minister. (BSS)