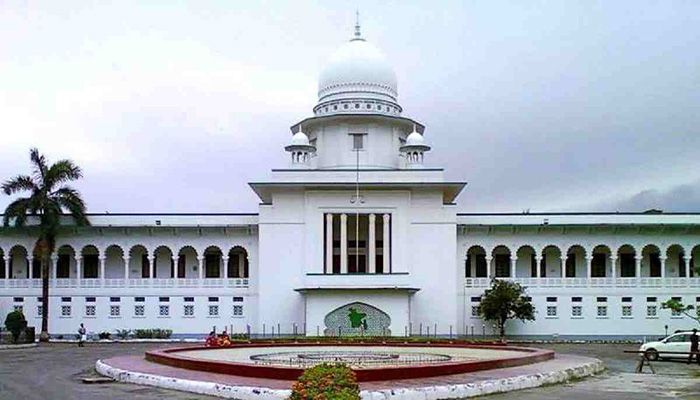 ﻿The High Court has stayed the allotment of 700 acres of forest land for the construction of a training academy for government officials in Cox's Bazar. At the same time, the court issued a rule asking why the allocation order would not be declared invalid.

The four-week cabinet secretary, environment and forest secretary, land secretary and public administration secretary have been asked to respond to the rule.

On September 5, a report was published on a national daily under the headline '700 acres allocated for forest administration academy'. According to the report, 700 acres of 'protected forest land' have been allotted to build another training academy for government officials. The area of ​​Jhilangja forest adjacent to Cox's Bazar-Teknaf Marine Drive is environmentally critical.

According to the Environmental Protection Act, construction of any kind of installation is prohibited in this environmentally endangered forest. For this reason, letters were sent from the forest department to various departments stating that 'this land is not negotiable. In the allocation letter of the Ministry of Land, one of the country's biodiversity-rich forest lands has been shown as non-agricultural khas land.

The land ministry said the allotted land includes 400 acres of hills and 300 acres of springs. They have taken the value of the land as 4 thousand 803 crore 64 lakh 23 thousand 600 taka. But the symbolic price for the academy is only 1 lakh taka.

At the hearing, the lawyer said the country's highest court has a verdict to protect the environmentally sensitive area. There, a government department destroyed 700 acres of forest and allocated land to build a training academy there. If an academy is built here, a terrible environmental catastrophe will come down. Following the hearing, the High Court stayed the forest allotment order for three months and issued a rule.