Trial for School Children Inoculation to Begin on Thursday 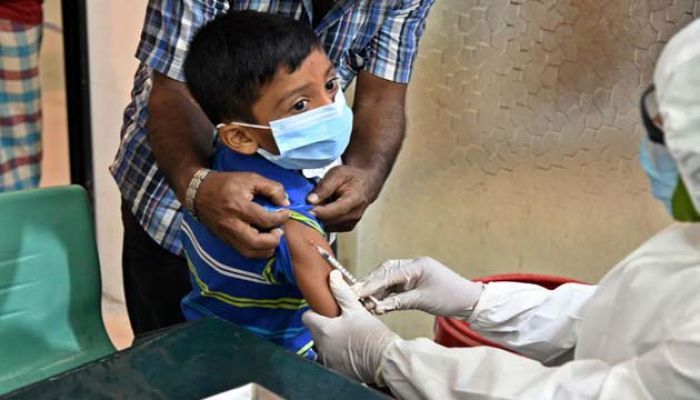 ﻿100 school students in Manikganj would receive Covid-19 vaccines on Thursday as part of the government's aim to vaccinate children aged 12 to 17, said ABM Khurshid Alam, director general of the Directorate General of Health Services (DGHS).

The DGHS chief stated in an online conference that a trial vaccine will be held at Manikganj Colonel Maleque Medical College Hospital before mass immunization of school students.

"We run a test before giving any vaccine (in mass-scale) then start the final run by observing the results. This time we have chosen Manikganj," he added.

Students from two government educational institutions will be the first to receive the Pfizer-Biontech vaccination.

"We will observe the vaccine recipients for next 10-14 days to identify any side effects. Later the vaccination campaign (for students) will begin at a larger scale in Dhaka," Khurshid Alam added.

The Pfizer vaccine will be administered in 19 districts where immunizations were shipped on Monday, according to the DGHS. Health workers concerned have already been trained.

Vaccinations will be administered at four locations in Chattogram, two in Chandpur, two in Noakhali, three in Narsingdi, two in Mymensingh, and eight in Rajshahi.

Aside from this, Dhaka North and Dhaka South will each have eight centers.

In the future, twenty-six other districts, including Manikganj, Gopalganj, and Narayanganj, will be vaccinated.