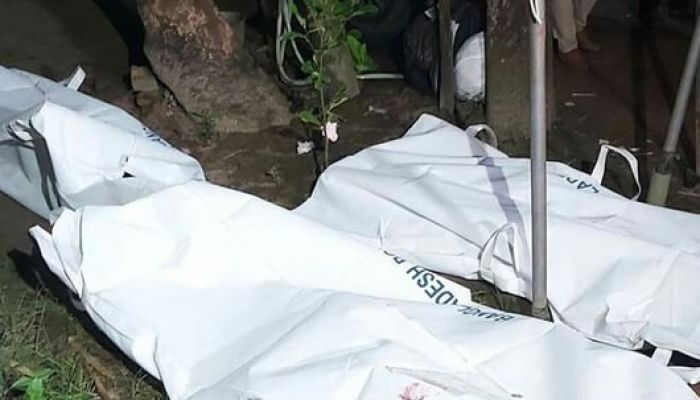 ﻿Three pedestrians were killed and four others injured when a goods-laden lorry hit them in Feni. The incident took place at around 9 pm on Thursday (October 14) on the Dhaka-Chattogram highway in the Muhuriganj industrial area.

The deceased were identified as Mosharraf Hassan, 22, Zahirul, 45, and Saju, 18. The home of the three of them is in Jamalpur. They are factory workers of Kangaroo Group in BSCIC area. Their bodies have been kept in the morgue of Feni General Hospital for autopsy.

According to eyewitness sources, seven workers were returning home after completing their work from BSIC at night. At that time a Dhaka-bound freight lorry coming from Chittagong lost control and crushed them. One person died on the spot. Two more died on the way to the hospital.

He said the goods-laden lorry was in police custody. The injured have been admitted to a private hospital at Bariar Hat in Mirsarai.