Security Beefed Up in Dhaka 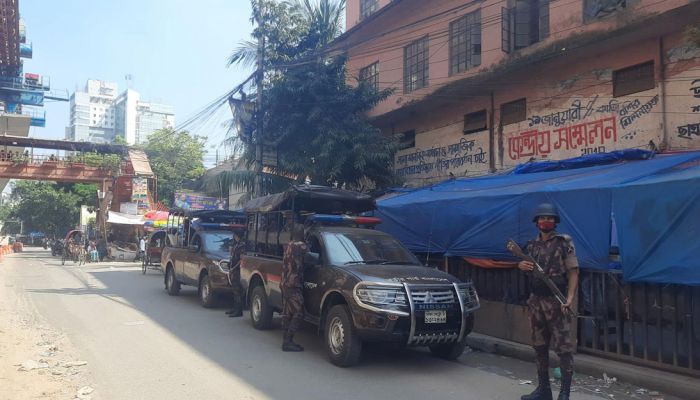 ﻿Security has been beefed up around Baitul Mukarram. RAB and BGB have been deployed along with the police to prevent any untoward incident and instability after the incident in Cumilla.

DMP's Motijheel division officials say the highest security measures have been taken at Baitul Mukarram to keep the situation under control.

RAB members were seen patrolling the south gate and on security alert. A large number of police have been deployed at Baitul Mukarram. However, no one is being searched to enter the mosque. No restrictions were imposed on entry.

Asked about the extra security, Motijheel Division Deputy Commissioner (DC) A Ahad said the measures were taken to prevent any untoward incident.

Police security has been beefed up on Friday on the west side of Baitul Mukarram, Nightingale, Dainik Bangla and Paltan.