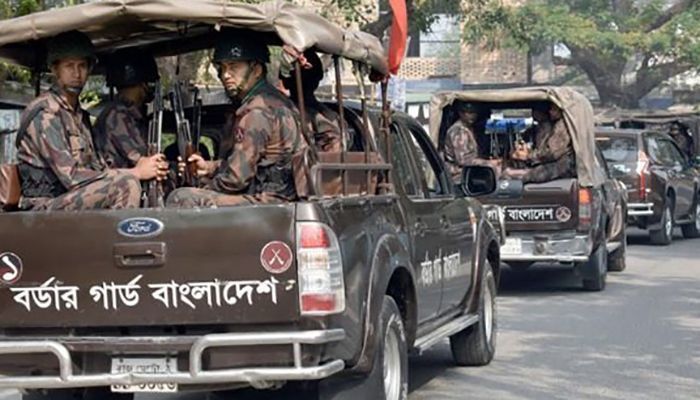 ﻿﻿﻿Border Guard Bangladesh (BGB) has been deployed in 35 districts of the country including Dhaka and Sylhet to maintain the law and order situation during Durga Puja.

On Friday (October 15), BGB members have been on duty with the other forces in and around the temples, even though the formalities of the puja were over.

Talking to the media, BGB Director (Operations) Lieutenant Colonel Faizur Rahman said that in view of the demand of the district administration and under the direction of the Home Ministry, the required number of BGB personnel have been deployed in Dhaka and Sylhet metropolis and 35 districts to ensure security and maintain law and order during Durga Puja, the biggest religious festival of the Hindu Community.

On Thursday (October 14), BGB was deployed in 22 districts of the country.