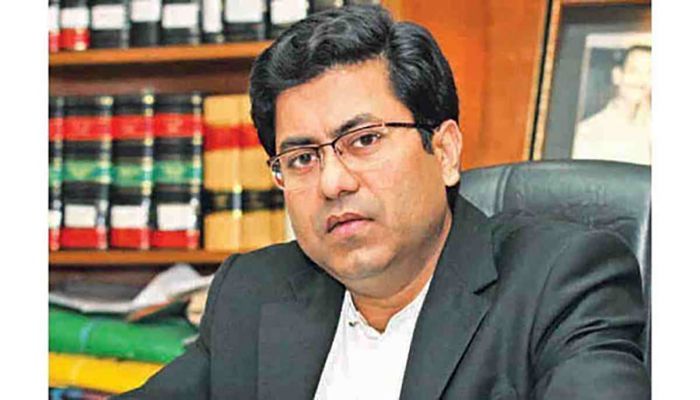 "After assuming office (on May 16, 2020) amid the Covid-19 pandemic and Dengue epidemic, I have attached topmost priority on controlling the mosquito as per the directive of the Hon'ble Prime Minister and reshuffled the overall work plan to this end," DSCCC Mayor Barrister Sheikh Fazle Noor Taposh told BSS in an interview at his Nagar Bhaban office.

In accordance with the reshuffled work plan, he said, the DSCC has initiated well-coordinated activities to be continued in all the 75 wards under its jurisdiction throughout the year on daily basis.

The mayor said that as per the work-pan, the DSCC is being equipped with necessary trained manpower, modern machineries, and adequate repellants of good quality to control the mosquito menace.

He also added that due to their timely and prompt measures the city dwellers have breathed a sigh of relief from the problem in comparison to 2019.

Barrister Taposh said, "After taking over the charge as Mayor, we have purchased 375 fogger, 400 hand-spray and 25 wheelbarrow machines to give a boost in the DSCC's adulticiding and larviciding activities."

The mayor said they have been working on appointing specific manpower for conducting anti-mosquito activities in all the 75 wards.

He added: "Six workers with 12 fogger machines have been working in each word in two shifts---from 9am to 1pm and 2:30pm-6 pm---for conducting adulticiding activities while a supervisor has been appointed in every ward to supervise and coordinate the mosquito control works."

In the history of the city corporation, the DSCC has appointed for the first time an insecticide control officer on permanent basis, he said.

He said a total of 1050 workers, 14 each in every 75 wards, have been working to check the mosquito menace.

Barrister Taposh said they, for the first time, are imparting basic training on how to destroy the breeding grounds of Culex and Aedes mosquitoes to the newly recruited mosquito control workers and supervisors as they could do their work with professionalism.

He said that they have ensured quality of mosquito repellant alongside their adequacy as a question was earlier raised in the people's mind about the quality of the insecticides used in controlling the mosquito menace.

"We have taken a hard-and-fast rule in receiving repellants. We are conducting three tests of the chemicals before using those in grassroots. If it fails in any of three tests, we are not receiving the repellants," he added.

There was also a question about sufficiency of the insecticides, the mayor said, adding that they are currently importing mosquito repellants through renowned local firms.

Barrister Taposh said that the DSCC have been conducting mobile courts alongside the regular works that included anti-mosquito activities and awareness campaigns to destroy the breeding grounds of Aedes mosquito in controlling dengue.

The DSCC has so far conducted mobile court drives at 24,709 houses, under-construction buildings, public and private organizations and realized fine around Taka 99 lakh from 698 establishments as it found mosquito larvae there, he continued.

Barrister Taposh said that if necessary, they will continue the mobile court to control the Aedes mosquito alongside the awareness campaign.