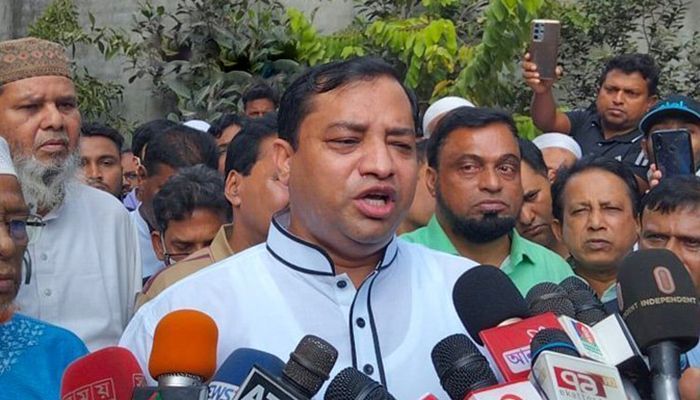 ﻿A case has been filed against Gazipur City Corporation Mayor Jahangir Alam at Rajbari.

On Tuesday (November 23) at noon, the President of the Rajbari Municipal Branch of the Manobik Bangladesh Society Shashi Akter became the plaintiff, the Senior Judicial Magistrate of Rajbari No. 1 Amli Court. Sumon Hossain filed the case in court.

The court took cognizance of the case and directed the Police Bureau of Investigation (PBI) to investigate and submit a report by February 13 next year.

According to the petition, the accused Mayor Jahangir is a masked hybrid leader. He has distorted history by making provocative statements on social media Facebook about Father of the Nation Bangabandhu Sheikh Mujibur Rahman and the great liberation war and by spreading propaganda about Bangabandhu. Besides, there is confusion over the number of martyrs. A case was filed under sections 504 and 505 mentioning these issues.

Advocate Mehedi Hasan said the case was filed by Shashi Akter, president of the Manobik Bangladesh Society of Rajbari municipal branch. I am fighting the case on behalf of Shashi Akter. The court directed the PBI to investigate the case and submit a report.

Recently, the Mayor of Gazipur City Corporation Jahangir Alam gave a controversial speech about Bangabandhu and the martyrs of the liberation war. When the video of his statement went viral on social media, Awami League’s Central Executive Committee issued a show-cause notice to him. He also responded to the show-cause notice. But as the Center was not satisfied with this, at the recent meeting of the Central Executive Committee of the Awami League, he was expelled from the post of General Secretary of Gazipur Metropolitan Awami League and from the post of a primary member of Awami League.