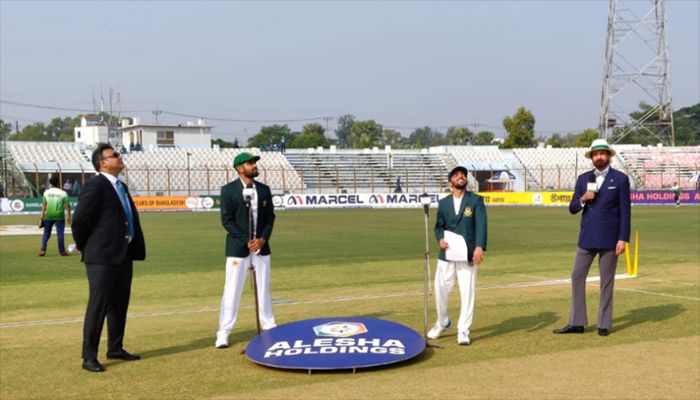 Bangladesh captain Mominul Haque has won the toss and elected to bat first against Pakistan in the first Test of the two-match series at Chattogram on Friday, reports media.

Yasir Ali Rabbi finally gets a chance to play for Bangladesh as he has made his Test debut as the 98th cricketer in this format.

Saif Hasan, who had a horrible Twenty20 series against Pakistan is also picked for the Test side which left Mahmudul Hasan out of the playing XI.

Pakistan has dropped Imam-ul-Huq from the list of 12 men, announced on Thursday.