Man Crushed under Train at Gafargaon 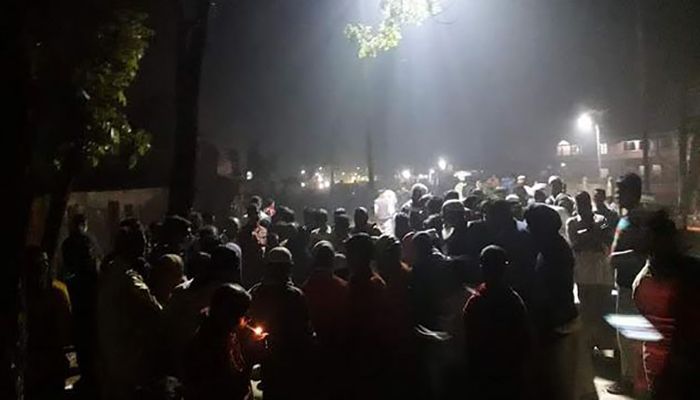 A man was killed after falling under a train while getting off the roof of it at Gafargaon Railway Station in Mymensingh on Thursday, reports media.

The deceased was identified as Nazir Ahmed, 70, a resident of Kalikapur village under Sonaimuri Upazila of Noakhali district. He was an employee of railway dock.

Gafargaon Railway Police outpost in-charge Shahadat Hossain said the accident took place while Nazir getting off the roof of the train.

The body was recovered and sent to Mymensingh Medical College Hospital morgue for autopsy.