Half Fare in BRTC Buses for Students from Dec 1 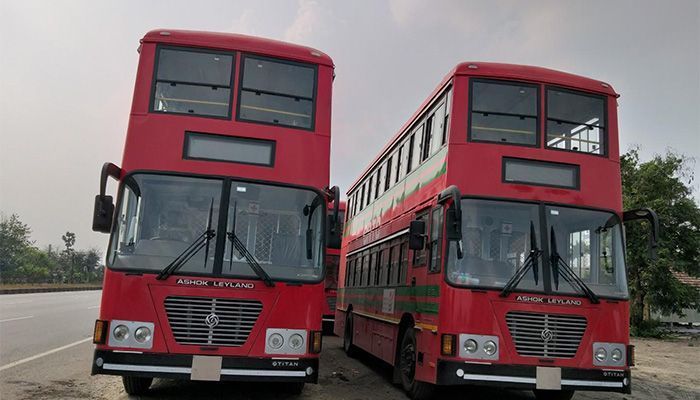 ﻿Prime Minister Sheikh Hasina has directed to take 'half fare' for students in BRTC buses across the country. BRTC will issue a notification in this regard soon.

Road Transport and Bridges Minister and Awami League general secretary Obaidul Quader made the remarks at a briefing at his residence on Friday (November 26).

The bridge minister said the 'half fare' will be effective from December 1. Students will get this facility every day from 8 am to 8 pm in case of BRTC bus service. However, students will not get the benefit of half rent on weekly holidays and on the day of closure of educational institutions.

Quader said, "Students will be able to travel by BRTC bus with half fare from December 1. However, during the trip, students must bring a valid identity card with a picture issued by their respective educational institution and display it if necessary.

The bridge minister said a meeting with the leaders of the Transport Owners Workers Federation would be held at the BRTA on Saturday to discuss the issue of giving concessions (half fare facility) to students while traveling in privately owned buses and minibuses. We hope that transportation owners will make a positive decision, sensitive to social responsibility and student demands.