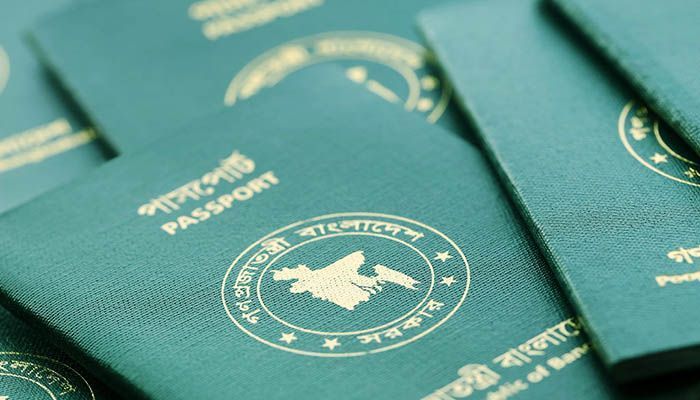 ﻿Bangladesh has improved five notches in the global passport power index of 2022. The UK-based consulting firm Henley & Partners released the passport index of 199 countries on Tuesday.

According to the Henley & Partners Index, Bangladesh has improved five notches in the global passport power index compared to October last year. Although Bangladesh was ranked 106th in this index in October, it has risen to 103rd position this year. Bangladesh is ahead of Pakistan (108th) and Nepal (105th) among the South Asian countries.

According to Henley's index, a Bangladeshi passport allows one to travel to 40 countries without a visa or on an on-arrival visa.

However, neighboring India is ahead of Bangladesh in the index. India has improved on Henley's passport index. Passport holders of this country, which is ranked 83rd, will be able to travel to 60 countries of the world without visa.

However, Afghanistan (111th) is at the bottom of this index. Holders of passports from this war-torn country can enter only 26 countries without a visa.

This indicator is based on the number of countries that can be traveled with a passport without a visa. However, due to the COVID pandemic, many countries have on travel bans, but this time those lists were not taken into account. Henley ranked 111th in the world's 199-nation index, with some countries taking a joint position.