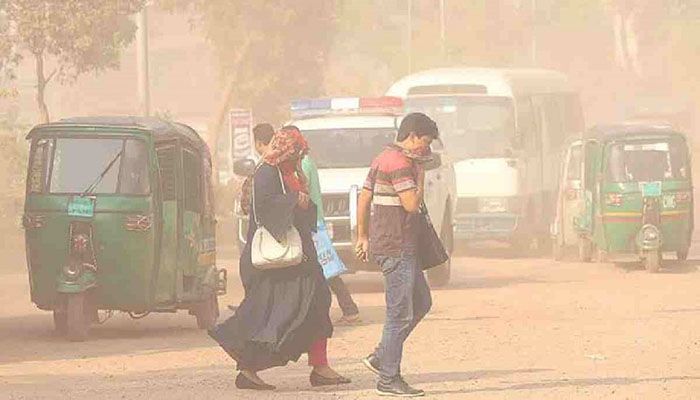 Dhaka's air quality continues to be 'unhealthy', but that's good news for the residents of the densely populated capital of Bangladesh, reports UNB.

The capital has, in fact, slipped to the fourth position in the latest list of world cities with the worst air quality.