Country Will Endure Harm If Lockdown is Imposed: Health Min 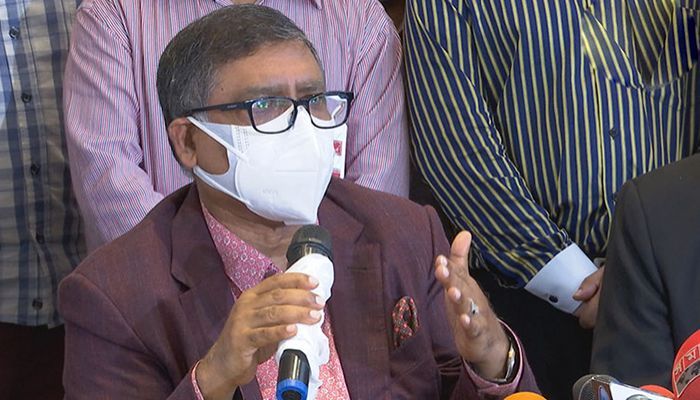 ﻿Health minister Zahid Maleque on Saturday said that Covid infection had been increasing in the country alarmingly and that the situation would be serious if the government imposed 11-point guideline was not followed appropriately.

‘The country will have to endure harm if lockdown is imposed. We don’t want to follow the way,’ he said.

He was inaugurating the CT scan machine and dialysis unit of Manikganj Sadar Hospital.

The minister said that the health rules are not being followed properly in many public places including Trade Fair which is very worrying.

He urged the countrymen for wearing masks for their own sake and for the sake of the country.

Zahid said that the Covid infection, like elsewhere in the world, had been spreading in Bangladesh rapidly.

The minister said that the infection was increasing by three per cent every day and urged the people to wear masks, maintain social distancing and take vaccine.

He said that the country had no shortage of Covid vaccines and that 14 crore doses of vaccine were administrated so far.

He mentioned that 70 lakh students had so far received vaccines.