N’ganj Voters Will Cast Votes Smoothly Without Any Hindrance: SP 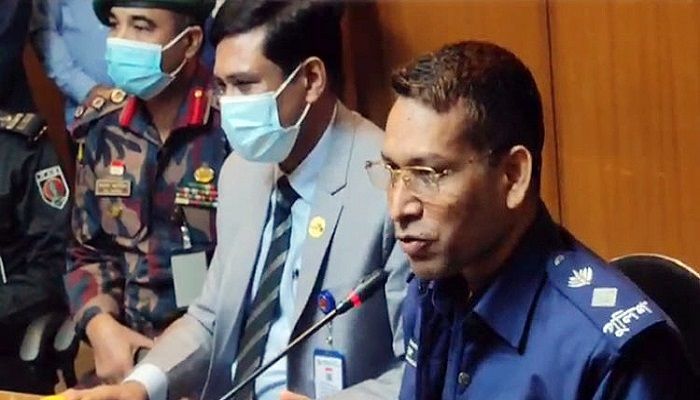 ﻿Hoping that Narayanganj City Corporation (NCC) election will be a model election, Superintendent of Police (SP) Mohammad Zaidul Alam said voters will visit the poll centres and cast their votes smoothly tomorrow as no barriers will be there.

“NCC polls will be a model election and an example in the world, as it will be conducted in a free, fair and peaceful manner,” he told reporters while briefing the police personnel responsible for the polls at the Police Lines here.

He said none will be allowed to take over and spread influence at the poll centres, as three-tier security will be ensured there.

More than 5,000 members of the law enforcement agencies, including police, RAB, Ansar and BGB will be deployed to ensure security while each center will have 28 security personnel, the SP said, adding that executive magistrates have been appointed at all wards of the city corporation to conduct elections peacefully.

“The law enforcers will remain alert to hold city polls in a free and fair manner. We will not spare anyone and give no scope for creating panic during the polls time,” Zaidul said.

The Superintendent of Police said that a festive atmosphere has been created in Narayanganj on the occasion of the election.

“Don't try to ruin this election environment. If anyone tries to create chaos, he will be dealt with an iron hand. Voters will come to the center to cast their votes in peace,” he added.

The NCC polls will be held tomorrow. The voting will continue from 8 am to 4 pm without any break.

Returning Officer Mahfuza Akter, additional SPs and other police personnel were present during the briefing.