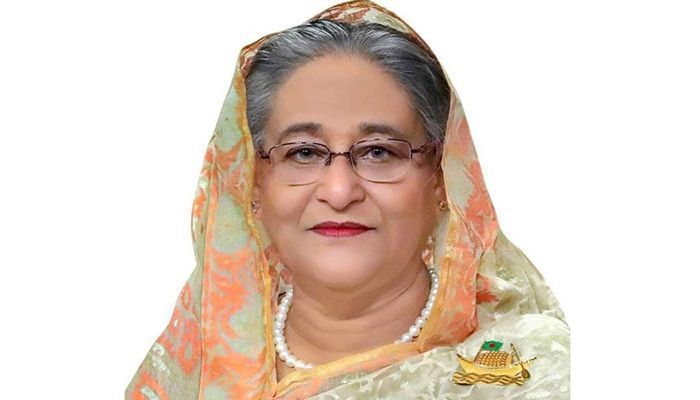 Besides, the premier will also hand over the prizes among the recipients of Bangla Academy Literary Award-2021.

This year the Amar Ekushey Book Fair, also known as a place of reunion of the writers-readers-publishers, which usually begins on the first day of February, will be held from February 15 to 28 due to Covid-19 situation, said KM Khalid.

However, there is possibility of extending the duration if the Covid-19 situation improves, he said, adding, “The ministry is awaiting the prime minister’s instruction on the matter as the rate of infections is coming down.”

“There was uncertainty regarding organizing the book fair this year due to the pandemic. But the prime minister gave the green signal about holding the fair. The duration of the fair that is generally held from February 1 to 28 has been reduced to two weeks from Feb 15-28,” he said.

Birth centenary of Father of the Nation Bangabandhu Sheikh Mujibur Rahman and golden jubilee of independence has been set up as the main theme of Amar Ekushey Book Fair-2022.

The birth centenary of the Father of the Nation Bangabandhu Sheikh Mujibur Rahman, the golden jubilee of Bangladesh’s independence, the 70 years of the 1952 Language Movement and the 50th anniversary of drafting the country’s first Constitution will be commemorated in the event.

The book fair will remain open for all from 2 pm to 9 pm on working days and 11:00 am to 9 pm on public holidays with a one-hour break for lunch and offering prayers, said Dr Jalal Ahmed, director of Bangla Academy and member secretary of Ekushey Book Fair Committee.

Last year, a total of 834 stalls were allocated in favour of 540 organizations.

The visitors have to strictly maintain the health guidelines on the fair premises while there will be arrangement for temperature test, hand washing and sanitizing at all entry points, Jalal said, adding, “None will be allowed inside the fairground without face mask and sanitizing hands.”

There will be strict security arrangements in and around the book fair venue to avert any unpleasant incident and every nook and cranny of the 1.5 million square feet space of the fair venue will be under CCTV camera coverage, said Jalal.

The law enforcers will be deployed in a large number to ensure foolproof security in the fair, he added.

A mancha (stage) for holding publication ceremonies and programmes on unveiling covers of the books has been set up at Suhrawardy Udyan, while discussions and seminars will be held every day at the main mancha installed on the Bangla Academy premises.

A separate gate will be set up for the entry of writers, litterateurs, poets and senior personalities, including civil society members and dignitaries.

Besides, there will be two gates for entry and exit of the Bangla Academy premises while Suhrawardy Udyan will have four entry gates and three exit gates.