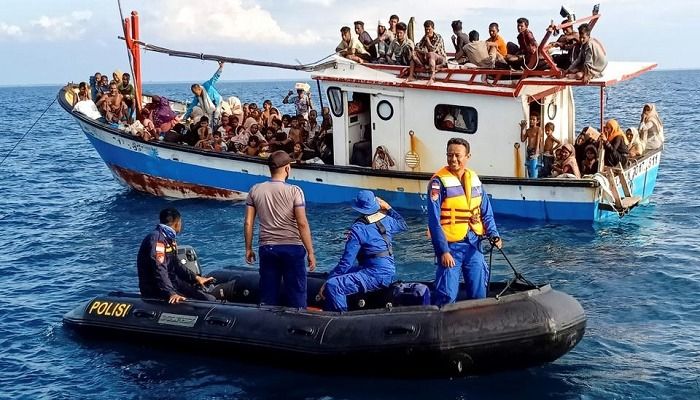 Rapid Action Battalion (RAB) has rescued fifty-seven more Rohingyas, including women and children, from the Bay of Bengal in Cox's Bazar while traveling to Malaysia illegally by sea, reports media.

Two members of a smuggling ring were arrested at that time, RAB said.

It is initially known that the Rohingyas are residents of various Rohingya camps in Ukhia-Teknaf, RAB sources.

Details of the Rohingyas will be given in a press briefing at the RAB-15 office in Cox's Bazar on Friday at 4 pm.

Earlier, on Monday night (March 21), 149 Rohingyas including women, men, and children, were rescued from Sonadia Island in Moheskhali Upazila of Cox's Bazar while preparing to go to Malaysia by sea.

Later, they were sent to Noakhali’s Bhasan Char.