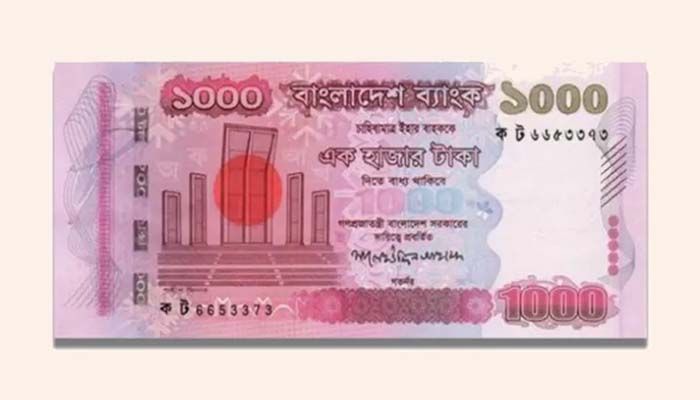 "The news of cancellation of Tk1,000 red notes from May 30 is not true," said in a press release issued by BB on Wednesday.

The central bank further warned citizens not to believe such false information.

Earlier in the day, a fake news regarding the cancellation of Tk 1,000 red notes was reported in various media, which later went viral on social media.