One Killed in Joypurhat Road Mishap 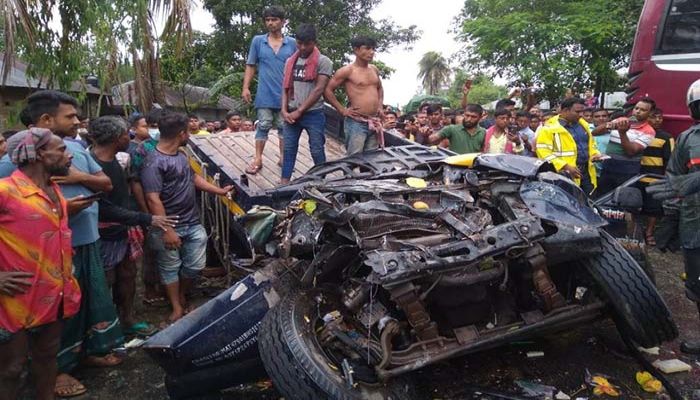 A man was killed in a road accident at Bagjana area under Sadar Upazila in Joypurhat district on Friday morning, reports media.

The deceased was identified as Sharif Rahman Sagar, 30, son of Azizar Rahman, hailed from Notunbabupara village under Syedpur Upazila of Nilphamari district.

Police said a speeding bus from opposite direction hit a mango laden pick-up van at Bagjana area around 9:30 am, leaving the driver of the pick-up van dead on the spot.

Being informed, police recovered the body from the spot.