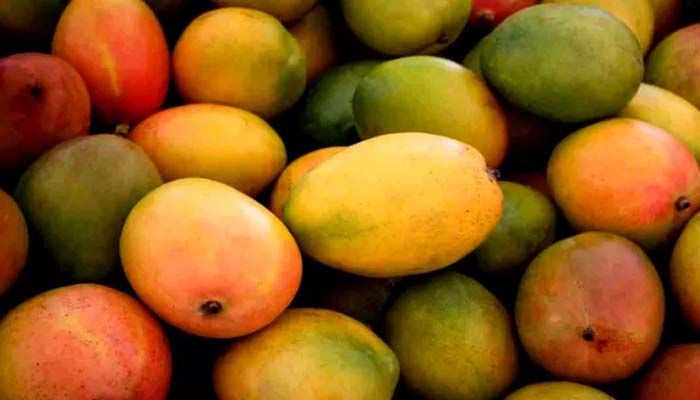 Mangoes from Rajshahi are set to drive you mad soon, thanks to local growers who've started plucking the mangoes on Friday, reports UNB.

Like every year, the district administration fixed dates for mango plucking based on their varieties, at a meeting on Thursday.

"From May 20, the plucking of the Gopalbhog variety will begin. From May 25, Ranipachanda and Laxman Bhog or Lakhna can be plucked," he said.

From July 10, Aswina and BARI varieties can be plucked and from July 15, the plucking of Gouramati is permitted, he added.

"The dates have been fixed after discussions with researchers, officers of the agriculture department and farmers to ensure immature mangoes don’t flood the market. Action will be taken if immature mangoes are plucked before the fixed dates,” he said.

This year, mangoes have been harvested across 18,515 hectares of land in Rajshahi metropolitan area and nine upazilas. The production target has been fixed at 2,14,676 MT, with 11.59 MT from each hectres.