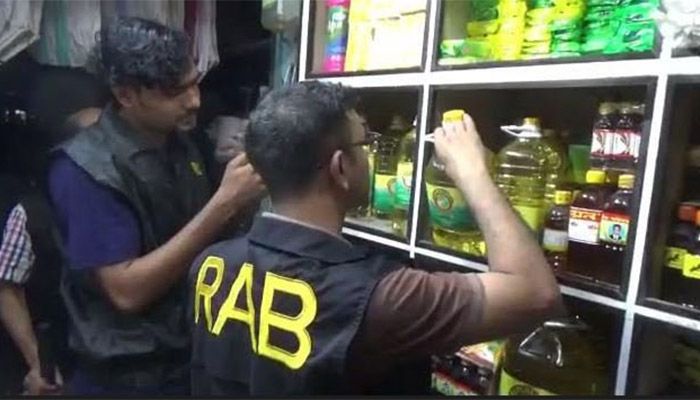 RAB seized 6,600 liters of soyabean oil from some warehouses and grocery shops in Natore || Photo: Collected

﻿Members of the Rapid Action Battalion (RAB) seized 6,600 liters of soybean oil from some warehouses and grocery shops in Natore district on Friday evening.

On a tip-off, a team of the elite force conducted the drive against creating artificial crises of edible oil through hoarding at Zonail Bazar in Baraigram Upazila of the district.

During the 5.15-hour drive, they found five warehouses and shops involved in manipulating. Subsequently, they seized 6,600 liters of soyabean oil, and the on-duty magistrate fined Taka 3.20 lakh against the owners concerned. The team members also sold the seized soyabean oil among the local people at a fixed price.