Steps To Be Taken to Bring Back PK Halder: Momen 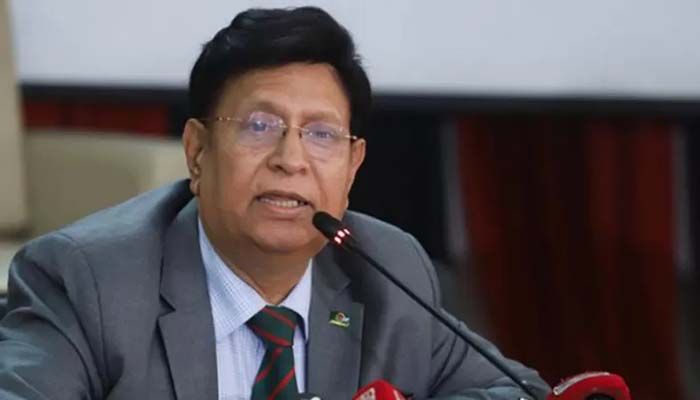 PK Halder, who had been absconding after being charged for amassing illegal wealth, embezzling thousand crore taka and laundering those abroad, was arrested in West Bengal of India on Saturday.

“We are yet to be formally informed about the arrest of Prasanta Kumar Halder. Necessary steps will be taken as soon as we are informed formally,” the minister told reporters after a programme held at the Foreign Service Academy in Dhaka.

Halder, former managing director of the erstwhile NRB Global Bank, now Global Islami Bank, and Reliance Finance Limited, is facing a number of cases along with his associates in Bangladesh for misappropriating and siphoning off money through fake companies.

Momen said steps must be taken against the money launderer and the Anti-Corruption Commission is working on the issue.

Dubbing the money launderers as the enemies of the country, he said bringing back Halder to Bangladesh will be a good example for the offenders.

The Indian Enforcement Directorate (ED) apprehended six people, including Halder, who was hiding at a house in Ashok Nagar of West Bengal.

All of them fraudulently obtained Indian citizenship papers, the ED said in a statement.

PK Halder has been living in West Bengal posing as an Indian citizen. He used the name Shibshankar Halder after procuring a ration card issued by the West Bengal government, Indian voter ID card as well as PAN and Aadhar card, the ED said.

His associates also managed to get similar documents, the agency found during the investigation.

ED officials found that Halder and his associates set up companies in India on the basis of these documents and also purchased immovable property at various places, including Kolkata.