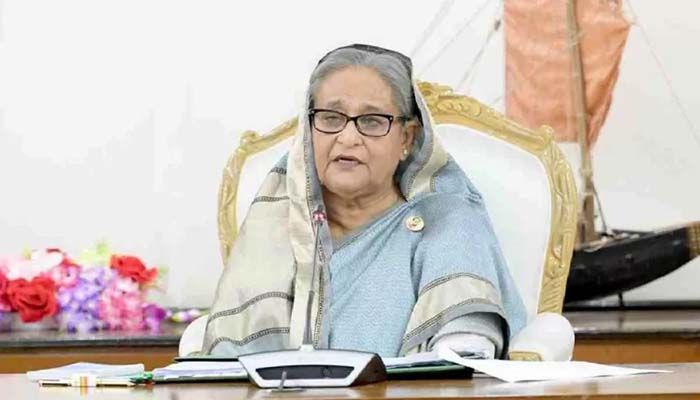 Prime Minister Sheikh Hasina on Friday inaugurated the Hajj Programme-2022 (1443 Hijri) urging everyone to uphold the dignity of Islam, the religion of peace, reports UNB.

“Islam is a very peaceful and holy religion, which is the best religion. So, it is the duty for all of us to maintain its dignity,” she said.

The premier opened the programme at the Hajj camp in the capital’s Ashkona through a virtual platform from her official residence Ganabhaban.

She also called upon the hajj pilgrims to pray for Bangladesh so that the country and its people can remain protected from natural disasters and pandemics like Covid-19 as well as get decent lives.

“Bangladesh is making economic progress today. So, pray so that we can move ahead in the development journey and every person of the country can get scope for their foods, clothes, shelter, medicare and education, and thus get an improved and decent life,” she said.

Sheikh Hasina also asked the pilgrims to abide by the rules and laws of Saudi Arabia while performing their hajj rituals there. “It is the duty for all of us to uphold the country’s dignity. Keep it in mind,” she added.

The first hajj flight, carrying 419 pilgrims, from Bangladesh is scheduled to depart for Saudi Arabia on Sunday next. As the Coronavirus situation is a little better, this year the Holy Hajj is going to be held (on July 08 depending on the moon sight) with one million pilgrims from all over the world. Of them, 57,585 hajj pilgrims are from Bangladesh.

She exchanged pleasantries with the pilgrims and requested them to offer prayers for the people of Bangladesh and her family members who were brutally killed in 1975.