World Bank to Be Invited to Inauguration of Padma Bridge: Bridges Min 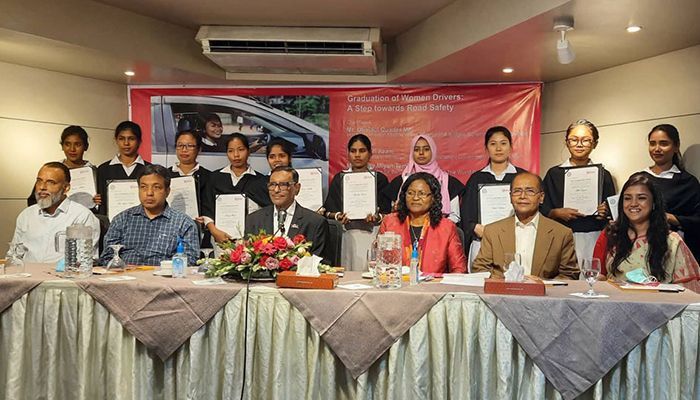 ﻿The ruling Awami League general secretary Obaidul Quader on Saturday said that they would invite the World Bank country director in Bangladesh to the inauguration programme of the Padma Bridge on June 25.

‘The prime minister Sheikh Hasina has already told us that,’ he told reporters at BRAC centre Inn after a programme on the day.

He also said that government would invite the Bangladesh Nationalist Party chairperson, Khaleda Zia, to the programme if the law permits.

‘As she is a convicted, so we will know the system at first and then take steps according to that,’ he told reporters.

‘The government will invite them to the programme as Padma Bridge is a symbol of the nation’s ability,’ he added.

Obaidul, also road transport and bridges minister, directly invited the WB country director in Bangladesh, Mercy Tembon, to the programme and said that they would send her letter in this regard.

The minister said that they would also invite some of the leaders in AL who opposed the Padma bridge project.

Prime minister Sheikh Hasina will inaugurate the much-awaited Padma Multipurpose Bridge for traffic on June 25 at 10:00am.

Currently, the Bangladesh Bridge Authority is implementing the 6.15-kilometre road-cum-rail Padma Bridge under a fast-track project between Mawa point in Munshiganj and Janjira point in Shariatpur to connect the capital with 21 south-western districts of the country.

The government decided to build the Padma Bridge with local fund after the World Bank in 2012 cancelled a $1.2 billion loan deal claiming to have identified ‘possible corruption risks’.

According to the first Development Project Proforma, the project was scheduled to be completed by 2014.