PM Says Nothing to Be Worried about Floods 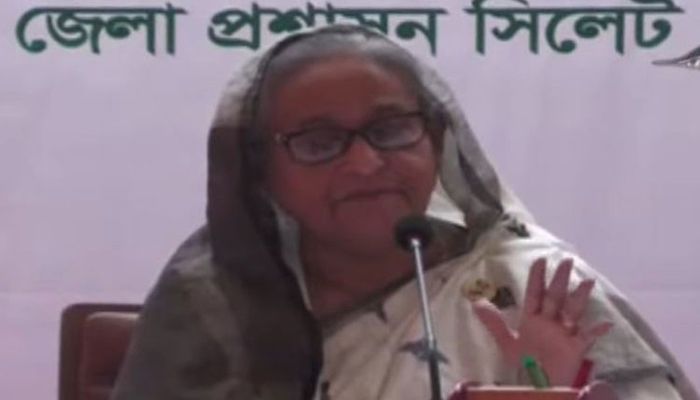 ﻿Commenting that there is nothing to be worried about floods, Prime Minister Sheikh Hasina said the government has taken all possible measures to deal with the floods.

She further said that assistance would be provided by listing the flood victims in the Sylhet region.

Prime Minister Sheikh Hasina made the remarks while participating in a program of district administration at Sylhet Circuit House on Tuesday (June 21).

Earlier, the Prime Minister reached Sylhet Osmani International Airport by helicopter around 10 am on Tuesday. From there, she went to Sylhet Circuit House.

At the Sylhet Circuit House, the Prime Minister took part in an 'exchange meeting' to review the flood situation and rehabilitate the flood victims. The meeting was attended by the Prime Minister's traveling companion, local administration officials, and local Awami League leaders.

Earlier, he left Tejgaon's old airport by helicopter at 8 am to inspect the flood situation in Netrokona, Sunamganj, and Sylhet districts.