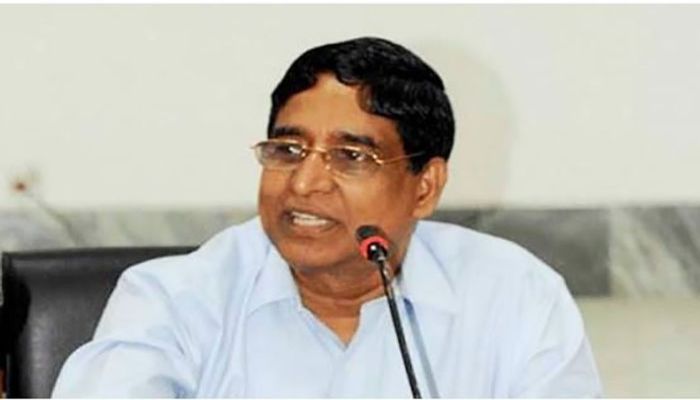 ﻿Agriculture Minister Dr Abdur Razzaque today said the ongoing floods have so far affected the Aus paddy of around 56,000 hectares of land across the country.

“Now there is no major crop in the field. Even so, the ongoing floods have affected Aus paddy of 22,000 hectares of land in Sunamganj and Sylhet,” he told reporters after a meeting with Maldives High Commissioner to Bangladesh Shiruzimath Sameer at his Secretariat office here.

In addition, the agriculture minister said, the floods are sweeping over many districts, including Kurigram, Lalmonirhat, Nilphamari and Moulvibazar.

“It has so far affected the Aus of about 56,000 hectares of land across the country. Besides, crops like vegetables, sesame and nuts have been affected too. If the floods do not last long, it is possible to make up the damage done so far. That is why extensive preparations have already been taken,” he said.

Stating that various programmes are being taken to ensure that the Aman yield is not affected, Razzaque said Aman paddy is a major crop in the country and about 1.5 crore tonnes of rice comes annually from Aman.

Now the work of preparing seedbed of transplanted (Ropa) Aman has started, he said, adding that if the floods do not last long, the seedbeds will not be badly damaged.

“However, if the floods prolong, the seedbeds will be damaged,” he added.

The agriculture minister said Prime Minister Sheikh Hasina has instructed to take optimum measures for Aman seedbeds. “We have enough seeds in our storages and those will be distributed among farmers. On the other hand, if the floods are prolonged, initiatives will be taken to cultivate nabi (late) variety of paddy,” he said.

Noting that the government is taking preparation considering all the circumstances, he said if Aman is damaged due to floods or cannot be cultivated, then crop production must be increased during the Robi season.

That is why various agricultural inputs including seeds, irrigation and fertilizer will be distributed among the farmers free of cost, Razzaque said.

Besides, she assured that the Maldives would cooperate with Bangladesh in exploring its huge marine potential.