Despite Pros And Cons, EVMs Better than Ballots: CEC 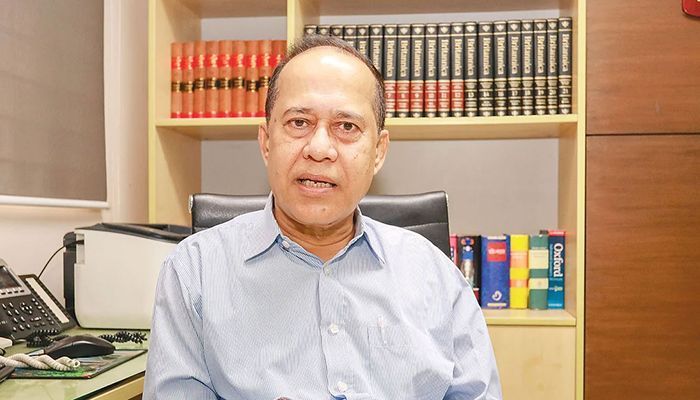 "EVMs are better than ballots, even if there are pros and cons among the political parties on EVMs. There is no chance of one person voting for another. It is impossible for me or you to vote for anyone in EVM," he said.

Kazi Habibul Awal made the remarks at an exchange of views on EVMs with various political parties on Tuesday.

"As far as elections are concerned, we have not received any allegation from any center that EVMs have been misused," the CEC said at the meeting.

At some polling stations, the fingerprints of the voters did not match in the EVM. However, after they went home and cleaned their hands, they were able to cast their votes if their fingerprints matched.

"EVMs can cause some problems. But in a ballot, one can get one hundred votes instead of one, but in EVM, that is not possible. I can't vote for you or your vote in EVM. This is absolutely impossible," he stressed.

CEC Kazi Habibul Awal said the question was whether the ballot was good or bad.

"I have my own experience on the ballot, how to occupy the polling station. The ballot box is filled with two or three hundred seals in one hour, you can't even close it from the side. Even so, owning one is still beyond the reach of the average person.

The CEC said there were pros and cons with EVMs. It can exist.

"We are trying to overcome that. However, we have not yet made a decision on EVM. We value the views of all political parties. We also have the right to decide. However, we will take the opinion of all parties. We will not take any decision about EVM without taking everyone's opinion," he said.

Kazi Habibul Awal further said, "We will analyze the views of the political parties. We have invited 39 registered political parties with interest. We are doing our part with honesty and integrity.

Addressing the political parties, the CEC said, "You will have to make every effort to make good elections. Come to the polling station without sitting at home. Whether we are manipulating the EVM, whether we are casting fake votes, whether there is any rigging in the ballot — these need to be noted. Everyone has to take responsibility equally. Otherwise, the election will not be fair if we rely on four or five people (commission).

"Your responsibilities are much greater," he added. "You will be at the center. You have to be aware. How many centers will I go to as CEC? Can we stand in the center with a stick? I can't. But we will try to use the police-BGB."