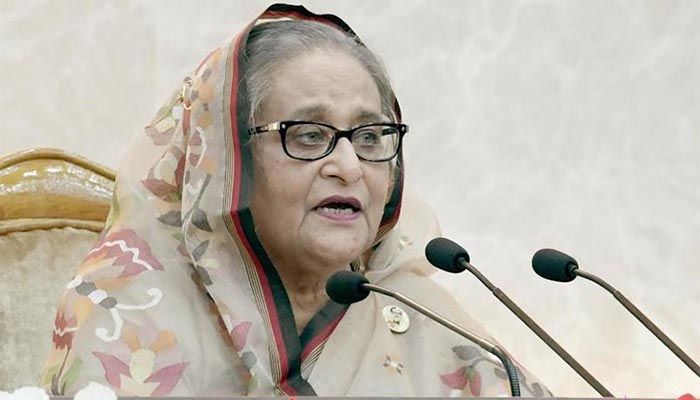 ﻿Prime Minister Sheikh Hasina today said successful construction of the much-awaited Padma Bridge with own finance helped Bangladesh to come out of dependency on others to conduct the country's development programmes.

"Some people of our country have a perception or mentality that we can't do anything without money of others. We had the mentality of dependency and narrowness. But now, we came out of dependency to conduct development activities," she said.

The premier said this while replying to a volley of questions by newsmen in a press conference at her office here.

After withdrawal of funding from the Padma Bridge by the World Bank, she said, "We have decided to build the bridge by own finance and have been able to come out of the dependency on others."

The premier added: "We are a self-dignified nation. I am happy as we have proved that we can do it."

She said no compromise was made in maintaining the standard of the Padma Bridge during its construction.

"Hope, none can raise any question about the standard of the Padma Bridge and there is no base of such question," she added.

The prime minister called upon all to celebrate the grand opening of the Padma Bridge with patience so no untoward incident can take place._BSS