Death Toll from Flood Rises to 42 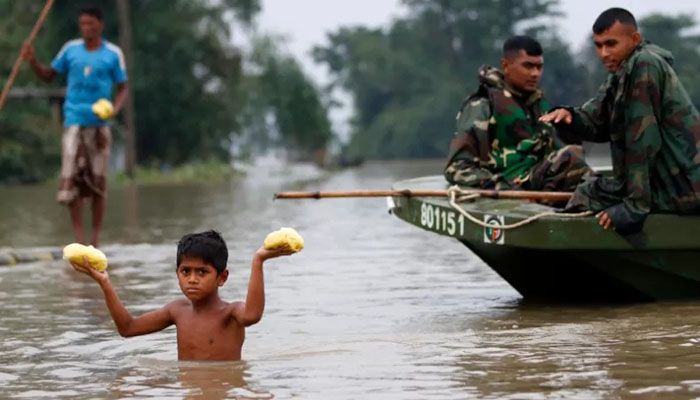 At least 42 people have been killed in 27 flood-affected districts in the last five weeks due to the catastrophic flooding triggered by heavy monsoon downpours, reports media.

Of the casualties, six deaths were reported in the last 24 hours.

In addition, 3,403 people were affected by various diseases such as vision impairment, diarrhoea, skin diseases, or sustained snake bites during this period, according to the data provided by the Directorate General of Health Services (DGHS).

Among the deceased, 21 were from Sylhet, 18 in Mymensingh and three from the Rangpur division.

Out of 42 deceased, 12 died from lightning, one died from snake bite and 23 died from drowning, the DGHS further said.