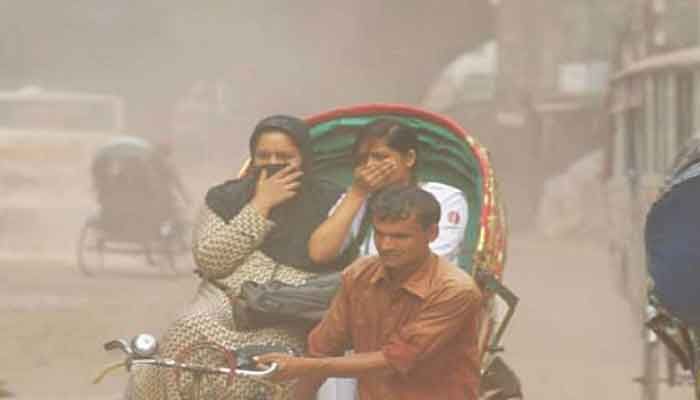 With an air quality index score of 108 at 8:00 am on Friday, the metropolis ranked eighth in the list of world cities with the worst air quality, reports UNB.

Indonesia’s Jakarta, the UAE’s Dubai, and India’s Delhi occupied the first three spots, with AQI scores of 177, 170, and 166, respectively.

An AQI between 101 and 200 is considered ‘unhealthy’, particularly for sensitive groups.

Similarly, an AQI between 201 and 300 is said to be ‘poor’, while a reading of 301 to 400 is considered ‘hazardous’, posing serious health risks to residents.

A report by the Department of Environment and the World Bank in March 2019 pointed out that the three main sources of air pollution in Dhaka ‘are brick kilns, fumes from vehicles and dust from construction sites’.

With the advent of winter, the city’s air quality starts deteriorating sharply due to the massive discharge of pollutant particles from construction work, rundown roads, brick kilns and other sources.