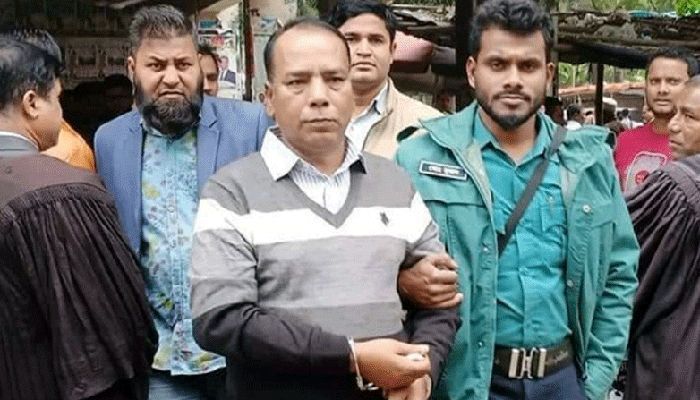 A Narayanganj court has sentenced Nur Hossain, the seven-murder death row convict and former ward councillor, to life imprisonment in an arms case.

He said, based on the evidence, the court sentenced the accused to life imprisonment in the 2014 arms case.

Their bodies were later found floating in the Shitalakkhya River.

On January 16, 2017 Narayanganj District and Sessions Judge Court found 35 people, including Nur and 25 ex-RAB officials, guilty of abduction and murder of the seven people and also destroying evidence.

On August 22 of the same year, the High Court upheld the death sentence of 15 convicts, including Nur and three Rapid Action Battalion officials, and commuted the penalty of 11 others to life in jail in the two cases filed over the murders.