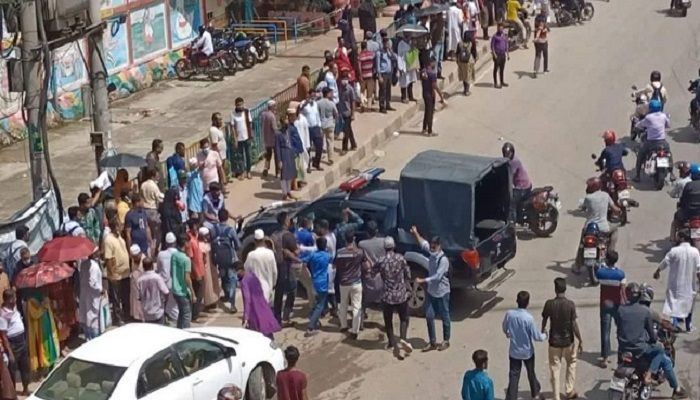 The protesters surrounded the police car in Shyamoli || Photo: Collected

﻿A demonstration was held in Shyamoli in the capital to protest against the increase in the price of fuel. At this time, there were complaints of vandalism and attack on the police vehicle. This incident happened in front of Shyamoli Shishu Mela at around 2.30 pm on Saturday (August 6).

Eyewitnesses said that in front of the Shishu Mela in Shyamoli, the angry crowd protested against the increase in the price of fuel. At that time, a police car was passing through the road. The protesters surrounded the vehicle and ransacked it.

Duty Officer of Shere-Bangla Nagar police station SI Gautam Roy said, "We have come to know that a protest march has taken place in Shyamoli due to the increase in fuel prices." Police have been sent from the police station there. However, we did not get the news of car vandalism.