Transport Strike Withdrawn in Ctg after Request of BRTA 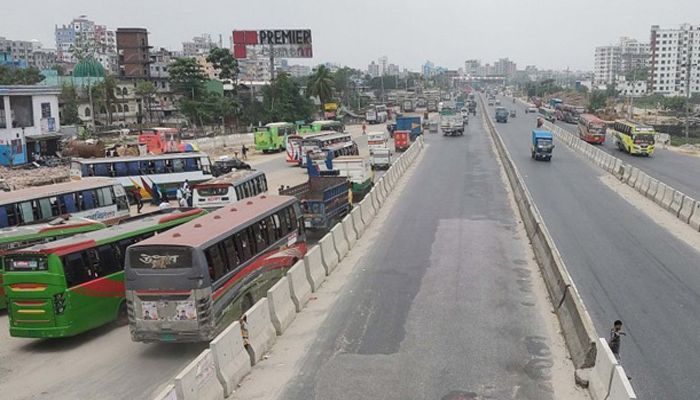 ﻿The Chattogram Metropolitan Transport Owner Group has announced the suspension of the flash strike in protest against the fuel price hike in the city.

This decision was taken in a meeting of the organization on Saturday (August 6) at 2 pm. Since then, oil-powered transport is seen on the roads.

Belayet Hossain Belal, President of Chattogram Metropolitan Transport Owner Group, said, "Bangladesh Road Transport Authority (BRTA) officials told us that there is a fare redetermination meeting at 5 pm. The new fare will be determined in coordination with the price of oil.

The Chattogram Metropolitan Transport Owner Group decided not to drive in Chattogram city from Saturday morning due to sudden increase in fuel price. Oil-powered transport was banned since morning. The passengers suffered greatly. Additional fare is being collected even if the gas powered vehicles are running.