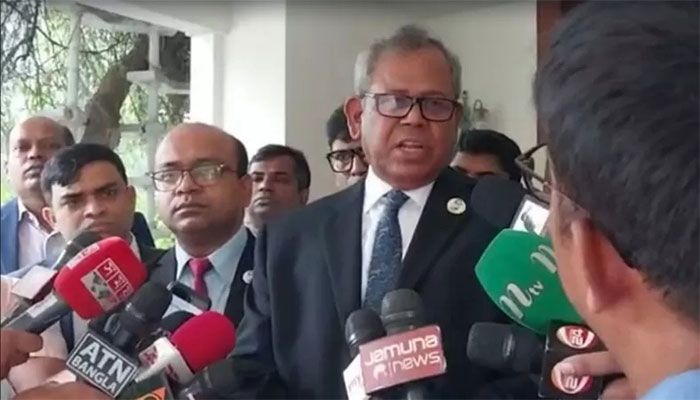 Bangladesh has conveyed its concerns over possible instability in the region to diplomats stationed in Dhaka – briefing them over the current situation in bordering areas with Myanmar, reports UNB.

The diplomats have appreciated Bangladesh’s position of not stepping into Myanmar’s traps by maintaining peace.

The briefing lasted for around 30 minutes.

The diplomats assured Bangladesh of conveying its concerns to their capitals.

Responding to a question regarding Myanmar blaming Arakan Army and ARSA for mortar shells landing in Bangladesh, the acting foreign secretary said the Myanmar side always makes the same claims.

“We sought their (diplomats) help so that Myanmar can’t take advantage of creating instability in the region,” said the acting foreign secretary.

The envoys took note of Bangladesh’s concerns and ensured of duly conveying those to their respective capitals.

The acting foreign secretary conveyed Bangladesh’s deep concerns on the recent incidents of mortar shells from Myanmar falling and exploding inside Bangladesh territory, indiscriminate aerial firings, human fatalities and serious injuries, damages to the properties and livelihood of the people in the bordering areas to the ASEAN envoys.

No diplomat representing Myanmar was at the briefing but diplomats from other ASEAN countries – Brunei, Cambodia, Indonesia, Laos, Malaysia, the Philippines, Singapore, Thailand and Vietnam – were present.