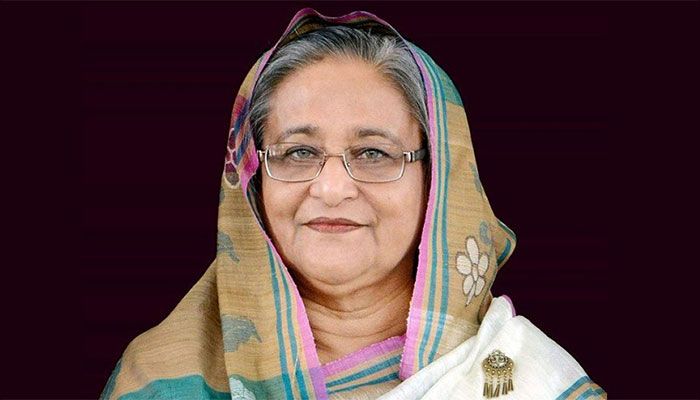 ﻿Prime Minister Sheikh Hasina will address on Friday afternoon the United Nations General Assembly (UNGA) in New York and focus on ensuring peace and stability in the lives of people around the world, reports AFP.

The Prime Minister will deliver her speech in the 77th session of the UNGA on Friday afternoon (local time), said Foreign Minister AK Abdul Momen while briefing reporters about the activities of the prime minister on the sidelines of UNGA session.

He said the premier in her speech will put emphasis on multilateralism.

"We will force for the peace, we will say that the best way to get out of any kind of conflict is through dialogue and peaceful resolution," he said.

Momen said that Sheikh Hasina will also mention the fact that Bangladesh has dealt with the Covid-19 epidemic very well and Bangladesh is among the top countries in the world in dealing with the pandemic.

He said despite the pandemic, Bangladesh has achieved considerable economic success and for achieving that the Prime Minister will highlight the steps Bangladesh has taken.

"We have given various stimulus packages and incentives. We will also highlight them there," he added.

"All the time we say that we have to save the world and the thing that is needed to save this world is the global temperature must not exceed 1.5 degrees Celsius. We do not see the implementation of the Paris Agreement that was made to save the Earth and give 100 million dollars every year."

The foreign minister said that Bangladesh expects those who are responsible for the global warming will share the responsibility of rehabilitating the victims due to climate change.

The Prime Minister will bring that up in his speech, he said.

The Foreign Minister said that the Awami League government is giving houses to the landless people across the country.

"We are giving people a home and a life. We will show the world that we have done a very good job."

He mentioned that the main focus of Bangladesh is it wants peace. "Peace and stability. We will say that peace and stability are most needed for the well-being of the common people," he added.