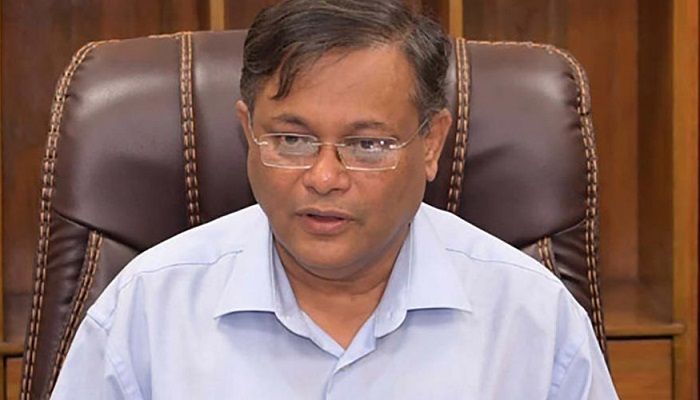 ﻿Information Minister Hasan Mahmud on Wednesday asked the members of the ruling Awami League (AL) to stay alert during the upcoming rally in Dhaka by Bangladesh Nationalist Party (BNP) on December 10.

The Minister added that the government is trying their best so that BNP can organise their programmes peacefully.

“We couldn’t hold any political programmes when BNP was in power. We had to sustain grenade attacks, while no such incident has happened during BNP’s programmes under our rule. It has been possible because the government has ensured security for them,” he said.

He also said that Purbachal, not Nayapaltan, is the perfect place for BNP’s upcoming divisional rally in Dhaka.

“Even if we block all the roads adjacent to BNP’s Nayapaltan office, no more than 50,000 people can gather there. But BNP is saying that millions will join their Dhaka rally. There is no place inside Dhaka city, which can accommodate such a huge number of people except Purbachal. That’s why BNP will have to organise their rally there if they want to make it successful,” Hasan said.