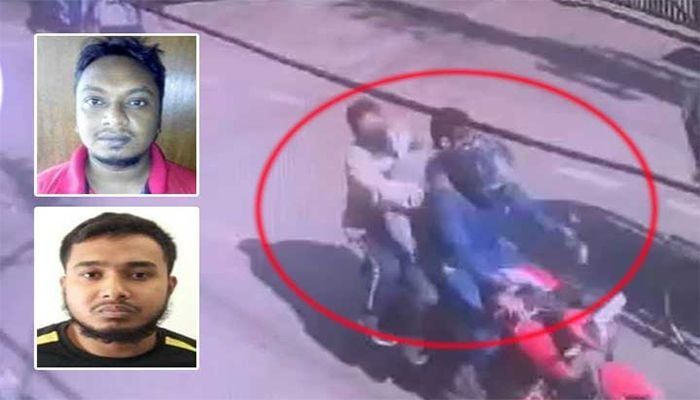 Police arrested Rafi in connection with the snatching away of two death-row convicts from police custody || Photo: Collected

﻿The police have arrested one person in connection with the snatching away of two death-row convicts from police custody in Dhaka court premises on November 20.

The arrested person's name is Mehdi Hasan Omi alias Rafi (24). He is accused in the case filed by the police in this incident.

An official from DMP's Counter-Terrorism and Transnational Crime Unit (CTTC) confirmed the information on Wednesday (November 23).

The police officer claimed that Mehdi Hasan had directly participated in the snatching away of two death-row convicts from police custody. He is a member of the military wing of Ansar al-Islam. His home is in the Sylhet district. This Rafi also participated in the mission to kill blogger Nazimuddin Samad.

Last Sunday afternoon, four people on two motorcycles came from the front of Dhaka Judge Court and sprayed pepper spray in the eyes of the police, and snatched away the accused. They are convicts sentenced to death in publisher Deepan's murder case. The accused are Mainul Hasan Shamim of Madhavpur in Chatak upazila of Sunamganj and Abu Siddique Sohail alias Sakib of Veteshwar village in Aditmari upazila of Lalmonirhat.