Bangladesh Won’t Accept Those Russian Ships Which Are Under Sanctions: FM 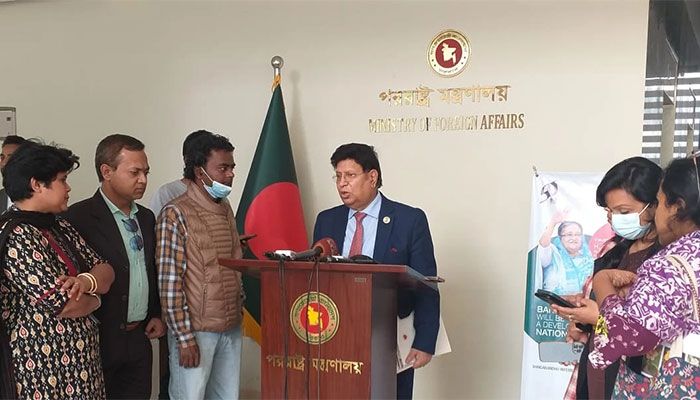 Foreign Minister Dr AK Abdul Momen on Sunday said Bangladesh will not accept those Russian ships which are under sanctions.

He said there are 69 Russian ships which are under sanctions, reports UNB.

"We don't want to accept those ships which are under sanctions. We have developed good relations with the US," Momen said.

He said it came to them as surprise that Russia sent a sanctioned vessel. "We didn't expect that."

Sanctioned Russian ship Sparta III was scheduled to dock at Mongla port in the southwestern part of the country at the end of December,2022 and unload cargo destined for the Rooppur NPP in Pabna.

But the authorities denied the ship permission to dock at the port after officials got a letter from the US Embassy in Dhaka saying that the ship was on a list of Russian ships sanctioned by the US.

Responding to a question on situation along Bangladesh-Myanmar border, the Foreign Minister said what happened in zero line is very unfortunate.

"We protect our border. We remain alert. There is panic created in our side," he said.

Momen said they are in discussion in various levels but they do not discuss with rebels. "We are protecting our own areas."

Responding to a question, the Foreign Minister said the Chinese Ambassador to Bangladesh Yao Wen will meet him tomorrow (Monday) and the situation along Bangladesh-Myanmar border is likely to come up for discussion.