Is the Death Penalty the 'Solution' to Rape?

In the face of demands, the government is going to impose the maximum punishment of rape For this, initiative has been taken to amend the law But can rape be stopped just by the death penalty? 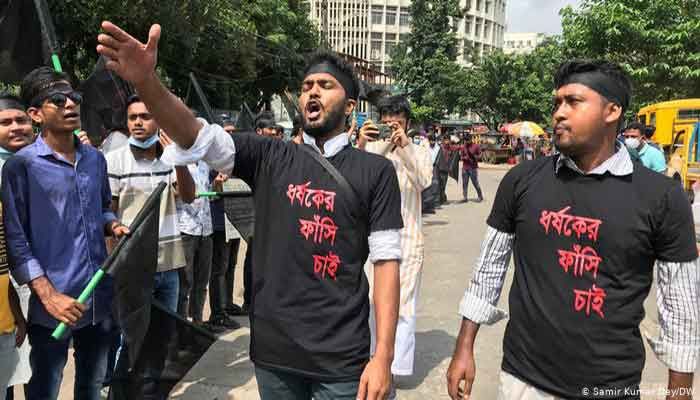 ﻿The recent rise in rape and violence against women has led to calls for the death penalty to be the maximum punishment for rape. Some even demanded that the rapists be made impotent. And in that context, the government has taken initiative to provide maximum death penalty for rape. Law Minister Anisul Haque said on Thursday that a proposal to amend the Women and Child Abuse Prevention Act would be proposed at a cabinet meeting on Monday.

Section 9 (1) of the Prevention of Violence against Women and Children Act states that if a man rapes a woman or a child, he shall be liable to life imprisonment and an additional fine.

Article 9 (2) states that if a raped woman or child dies as a result of rape or any other activity after the rape, the person shall be punishable by death or life imprisonment and a fine not exceeding one lakh rupees.

The interpretation of section 9 (1) states:

According to the law, the maximum punishment for rape is life imprisonment Supreme Court lawyer Ishrat Hasan said, "The initiative to provide for the death penalty for rape is positive. But the implementation of this law must be ensured properly. It is very important to enforce the law. ”According to him, there is still a provision for life.

Then why not being punished? This question needs to be solved. It is difficult to prove a crime in the conventional investigation and trial system of rape cases Judges will be more careful if the death penalty is provided now. Because it will become a question of life. Therefore, modern and scientific methods should be introduced in the process of proper investigation and trial Strict law cannot be enforced if the crime cannot be proved.

According to him, for adults, rape cases arising out of breach of promise or cheating can be made a separate cheating law instead of a direct rape law. And by amending the law, not only the death penalty but also the punishment of different stages needs to be provided. "Because it does not seem logical for me to impose the same death penalty on anyone who aids or abets a rapist," she said.

Some of those who have been campaigning for the death penalty have also expressed concern about the death penalty. They think that the matter should not be kept only in the law. They want the death penalty, but they also want a change in education, social system, attitudes and culture want to change the penal code and evidence law 6. They said that the law has given the opportunity to the rape victim to prove that she is a 'prostitute'. And the law needs to be enforced without pressure Anik Roy, general secretary of the student union, said, "If the overall issue of prevention of rape is not reformed, another new bad situation will arise." Then with rape, the tendency to kill the victim of rape may increase. The rapists then tried to destroy the evidence by killing the victim, the main witness, to avoid the death penalty. "

Some lawyers are blaming the lack of law enforcement rather than stricter laws for making rape seemingly irresistible in Bangladesh. They believe that those involved in rape, politically or otherwise, cannot be brought to justice in many cases. They said those involved in the rape at the MC College Hostel in Sylhet and the torture of women in Noakhali's Begumganj were politically powerful. The accused have been arrested for talking about these two incidents. But there are many more such incidents which do not reach the police Lawyer Manzil Morshed said, "There are provisions for the death penalty in many other crimes So all those crimes have decreased? If the offender is found guilty, then no severe punishment is useful In fact, the government must ensure the punishment of all criminals If the culprit is acquitted under the influence of a minister-MP or a party-league, then strict laws will remain law only. "

Elina Khan, a women's rights activist and human rights activist, emphasized the need for impartiality and justice in enforcing the death penalty. According to him, in the current situation, the provision of death penalty for rape is a common man's demand As a result, it seems right to provide for the death penalty But he also said that "proper enforcement of the law must ensure that no innocent person is punished."

Meanwhile, some have suggested alternative punishments for rapists in addition to the death penalty Actor Chanchal Chowdhury has proposed to make the rapists impotent in one of his Facebook posts Asked about this, he declined to comment "That's what I said in my Facebook post," he said I have nothing else to say. "