Police Issued a Stern Warning to the Rapists 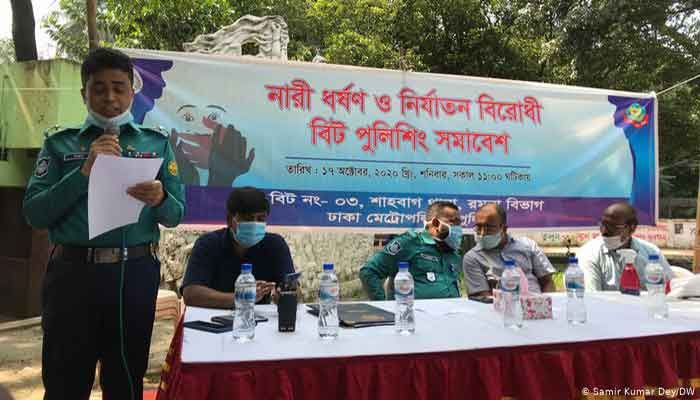 There are a total of 648 police stations in Bangladesh. The total number of police bits in these police stations is 912. The police headquarters said that In all the beats, there were rallies against rape and violence on Saturday. Many people, including ordinary people and political leaders, took part in the rallies between 10 am and 12 pm with placards and festoons against rape.

From these rallies, the victims were urged to lodge complaints with the police station without fear. The general public is also urged to take a stand against the rapists and help the police in preventing the rape.

"We have organized this rally across the country to send a message that rape cannot be avoided. The rapist must be punished, "said Sajjadur Rahman, deputy commissioner of the Dhaka Metropolitan Police's (DMP) Ramna zone.

He was the chief guest at a rally of Dhaka Shahbagh Police Station at TSC area of ​​Dhaka University. Sajjadur Rahman said, "Rape is now the most talked about issue. People are becoming aware of rape. We are on the side of rape victims. Our word is that no woman will be raped and no mother's child should be a rapist. "

Rehana Parveen, who attended the rally, told Deutsche Welle: "Victims of rape do not get proper police co-operation. Rape will be reduced with cooperation. "

According to him, the death penalty has been provided as the maximum punishment for rape and now the rapists will be scared. As a result, rape will come down However, he thinks that the mentality of the people also needs to be changed. Addressing the men of the society, he said, "We are your mothers, sisters and relatives." If you stay with us, the rapists will not dare to commit any more crimes. "

Khairul Alam, who was present at the rally, said, "We have to be tolerant towards women." They have to be by your side as well-wishers. We need to change our attitude towards them. We have to remember that they have equal rights in this society. "

Meanwhile, the police claim that rape has not increased, but it is being publicized in the media more than before. Sajjadur Rahman, deputy commissioner of DMP's Ramna zone said "Sometimes kidnappings and sometimes beatings are reported in the news. The same has happened in the case of rape. And the allegation that we are active only when there is a discussion on social media or in the media is not true, we are always active. "

Anti-rape rallies have also been organized in police stations in remote areas of the country. There have been four rallies in four unions of Charbhadrasan in Faridpur. Inspector Nazneen Khanam is one of the few female officers in charge of police stations in Bangladesh.

"At the rally, we promised everyone that they were not afraid," he said We are on the side We will not let the rapist go. "

However, he thinks that rape has not increased in the whole country Increased in some areas. He claimed that the rape victims were given enough support from the police station. They were delivered to their homes "Those who try rape cases will be able to say why they are not tried," he said We can't say. "

According to the police headquarters, such programs against rape and violence against women will continue