Bhola Cyclone: The Cyclone That Changed the Politics of Pakistan 50 Yrs Ago 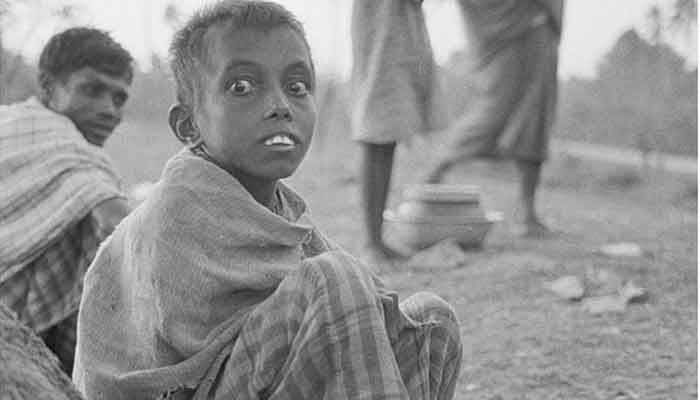 Exactly 50 years ago from now. One of the worst cyclones of all time hit Bhola in the then East Pakistan.

Bhola was devastated by the catastrophic storm on November 12, 1970. One locality after another merges with the soil.

Thousands of people were swept away by the tidal wave, many of whom were nowhere to be found. The Bhola cyclone was one of the deadliest natural disasters in the region's history, but it was not only a natural disaster in the end - it also had a far-reaching political impact.

The indifference of the then Pakistani government after the cyclone proved that life and death in East Pakistan did not matter much to the Pakistani ruling class.

Within a month of the Bhola cyclone, the 1970 elections were held, where the Awami League, led by Sheikh Mujibur Rahman, won a landslide victory.

The storm that hit Bhola is known as 'The Great Bhola Cyclone'. The cyclone hit the southern coast of East Pakistan at the time, but hit Bhola the hardest.

The World Meteorological Organization under the auspices of the United Nations released a list of the strongest cyclones in the world on May 17, 2016.

The World Meteorological Organization has identified the cyclone that hit Bhola as the 'strongest cyclone'. There are no exact figures on how many people died in the Bhola cyclone. It is estimated that between three and five million people died.

The World Meteorological Organization says the death toll from such natural disasters has risen sharply.

That is why the committee has agreed to include conservative accounts. As such, the death toll in the Bhola cyclone could be as high as three lakh.

There were corpses and corpses in Bhola

Howard Whiten, a journalist with the British newspaper The Guardian, visited Bhola a few days after the cyclone hit. Then he toured the vast area of ​​Monpura in Bhola.

Based on the information he sent, the Guardian published a report on November 16, 1970, in which Howard Whiten wrote that he had visited Bhola's Monpura and found the bodies scattered.

The Guardian quoted eyewitness Chowdhury Kamal as saying that it was midnight when the cyclone hit. They had already heard the cyclone forecast on the radio. That's why everyone was awake at night. But no tidal wave was predicted.

"In the darkness we suddenly saw a flash of light coming towards us. Then it sounded like lightning. Then the whole area was flooded," he told the Guardian. Kamal.

Mr. Howard Whiteen, a journalist. "We have buried 10,000 bodies so far. You can see there are still a lot of bodies lying around," Kamal added.

Many people died due to lack of relief and water The next time the cyclone hit, it was even more deadly. People suffering from lack of food were starving.

There was no drinking water because of the tidal wave. As a result, many people have died of dehydration and water-borne diseases. Besides, the disease has spread.

Major General Khadim Hossain Raja, one of the top military officials in East Pakistan at the time, was airlifted by helicopter. Mr. Raja was the GOC of 14 military divisions in the then East Pakistan.

The military official described the incident in his book, A Stranger in My Own Country. "After going to Bhola, people surrounded them for food and clothing," he wrote.

Khadim Hossain Raja alleged that he had advised the then Governor of East Pakistan to immediately start relief operations through the army in the affected areas but the governor did not want to include the army.

Yahya Khan in the days before the defeat in 1971

Why did the Yahya-Mujib meeting fail?

Political analysts believe that people then felt that if East Pakistan were in power, there would be no need to depend on the West Pakistani government for relief.

The Pakistani government had no idea about the intensity of the cyclone. As a result, no warning was broadcast on the radio until the afternoon of November 12, and no steps were taken to evacuate people safely.

Anisuzzaman was then the relief commissioner of East Pakistan. He said the required number of helicopters was not available and relief supplies could not reach the affected areas properly.

The indifference of the government of Pakistan

The Pakistani government has been seemingly indifferent since the cyclone hit.

The Pakistani government did virtually nothing on the first day to help the affected people.

President Yahya Khan himself did not want to go to the affected areas. Not only the President, but no minister of the Pakistani government felt the need to visit the affected areas after the cyclone.

Haider Akbar Khan Rono, a leftist politician and now the leader of the Communist Party, gives a brief account of that time in his autobiographical book 'Beyond the Century'.

He wrote that Maulana Bhasani was undergoing treatment at a clinic in Dhaka during the cyclone. He visited the affected area with his sick body. Returning from there, he held a rally at Paltan Maidan in Dhaka.

Maulana Bhasani emphasized in the public meeting that no central government minister from West Pakistan had come to see the affected people.

"The next day a wonderful picture was published in the daily Pakistan. Bhasani was lecturing on one side. On the other side was a picture of 5 Bengali ministers in the Pakistani cabinet. Below was a caption - they did not come," wrote Haider Akbar Khan Rono.

After much outrage in East Pakistan over the issue, President Yahya Khan finally visited the affected areas.

The chefs stopped cooking for Yahya

The way Sheikh Mujib was arrested

The President of Pakistan arrived in Bhola on November 26, 14 days after the cyclone.

Visiting the affected areas, President Yahya Khan said he was satisfied with the relief efforts.

In response to this question, the President said, "I have nothing to do when people criticize. My goal is to work and forget criticism."

In support of President Yahya Khan, Major General Khadim Hossain Raja wrote that the President was apparently upset and visited the area by helicopter to get an idea of ​​the affected area.

"For safety reasons, the helicopter flew over 10,000 feet. From that altitude, the president did not see the real picture of the devastation. As a result, the civilian administration in East Pakistan had to accept what the president had to say about the devastation," Raja said.

"They gave the president the idea that there was not much of a loss."

The political value of the cyclone The 1970 elections brought out the resentment of the people of East Pakistan. That cyclone in Bhola struck the last nail in the coffin of Bengalis' distrust of West Pakistan.

President Yahya Khan was on a state visit to China when the cyclone hit. Two days after the storm, he came to Dhaka from China.

But without visiting the affected area, Yahya Khan surprised everyone and returned to West Pakistan.

Farooq Chowdhury went to China with the President as a young official of the Pakistan Foreign Ministry at that time. He later became Foreign Secretary.

In his autobiography 'Sands of Life', Farooq Chowdhury wrote that if President Yahya Khan had wanted, he could have come to Dhaka from China on November 13, the day after the storm. That's why the plane was ready. But instead of that, Yahya returned to Dhaka from Peking on 14 November.

The fact that President Yahya Khan was not at all concerned about the cyclone was evident in his actions.

According to Farooq Chowdhury, "Everyone thought that the President himself would oversee the relief work from Dhaka. Instead, he left for Islamabad the next day. He sent a message to President Nixon that his visit to China was a success."

How Sheikh Mujib became an absolute leader by impressing others

The way Sheikh Mujib saw the riots in Calcutta in 1947

How did Sheikh Mujib become the leader of secular politics?

Tofail Ahmed, who is currently a senior leader of the Awami League, was staying in Bhola during the storm. In 1970, he was nominated by the Awami League for the Pakistan National Assembly elections. At that time he was busy in election campaign.

Tofail Ahmed wrote an article reminiscing about the Bhola cyclone of 1970. In the article titled 'Memoirs of the cyclone and historic election of 1970', Mr. Ahmed said he lost his way after seeing the bodies of countless people. Sheikh Mujibur Rahman highlighted the negative attitude of the Pakistani government towards the Bhola cyclone at various rallies before the 1970 elections.

Sheikh Mujibur Rahman came to Bhola on 14th November - to stand by the suffering people.

There he took part in relief work and instructed Tofail Ahmed to work to help the distressed people.

After visiting the affected areas, Sheikh Mujibur Rahman came to Hotel Shahbagh in Dhaka and spoke to foreign journalists.

Then only a few weeks left before the election. Elections were held on December 6, 1970. In that election, the Awami League under the leadership of Sheikh Mujibur Rahman won 16 out of 189 seats in East Pakistan.

*The writer works at BBC Bangla