What Can Joe Biden Do about Iran after Donald Trump! 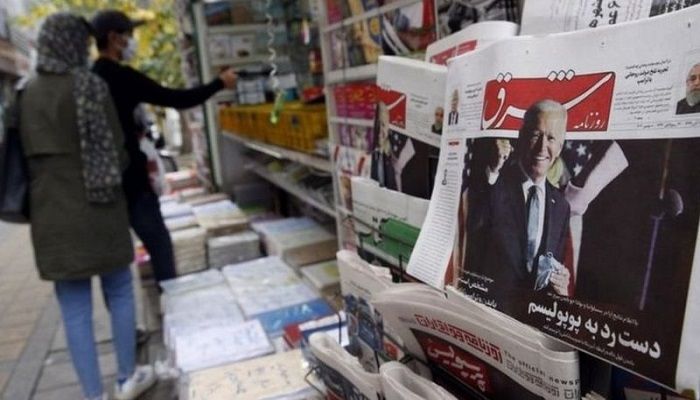 ﻿Newly-elected US President Joe Biden has said that "the norms of international compromise are being broken."

He vowed to restore America's image and said he would do so soon.

"There's no time to waste," Biden wrote in a foreign policy journal earlier this year.

One of Joe Biden's longest list of tasks is rejoining the nuclear deal with Iran. The agreement, called the Joint Comprehensive Plan of Action or JCPOA, was signed in 2015.

The deal was aimed at curbing Iran's nuclear program. It was signed by Iran, the five permanent members of the UN Security Council - China, Russia, France, Britain, the United States, Germany and the European Union.

The deal is seen as one of the successes of Donald Trump's predecessor, Barack Obama, at the White House.

But soon after President Trump came to power after winning the 2016 election, he took the initiative to cancel the agreement and finally pulled the United States out of the agreement in May 2016, despite the objections of the other parties to the agreement.

President Trump has not stopped there, he has tried his best to destroy the whole agreement.

For the next two years, President Trump has put maximum pressure on Iran. Has imposed new bans. But even then it was not possible to suppress Iran. Rather, they have come closer to achieving the technologies needed to make nuclear weapons.

Will Joe Biden be able to reverse the situation after taking office in January? Will it be possible for him to do that in the current time and in the divided politics of America?

"His strategy is very clear. But it will not be easy to do," said Anise Basiri Tabrizi, an Iran expert at the Royal United Services Institute.

Joe Biden could benefit from the sanctions imposed on Iran over the past two years if he decides to continue.

He has not yet commented on the matter. He just said that according to the agreement, Iran has to abide by certain issues. As Joe Biden wrote in January, "Tehran must adhere strictly to the agreement."

But forcing Iran to do so is now a major challenge for the United States. Because after the Trump administration pulled out of the deal, Iran began to return to its own business.

The UN nuclear watchdog, the International Atomic Energy Agency (IAEA), said in its latest report that it had obtained 12 times more uranium than Iran was allowed to do in the deal.

The agency also said it had begun enriching uranium to the level it was allowed to enrich (3.6%).

A small amount of enriched uranium is used for civilian purposes, but if its purity is high, it could be used to make atomic bombs, which is a concern in the West.

But Iranian officials have repeatedly said they could go back to the old deal if needed. But the point is that the progress they will make in research can no longer be erased.

“Now we’re going from one point to another and we’re in this place right now,” he said.

Iran has handled President Trump's storm. Now they have some demands of their own. Iranian officials say the lifting of sanctions will not be enough in the current situation.

Iran hopes to compensate for the economic losses it has suffered as a result of the two-and-a-half-year embargo.

Iran will hold presidential elections in June next year. Earlier, reformist and extremist camps began to articulate their positions on the issue.

"He has to be told in an official message that he will return to the JCPOA agreement very soon without any conditions. That will be enough."

He said Mr. If Biden fails to do so, Iran, the United States and the region's conspirators could create problems in re-establishing relations between the two countries over the deal.

But keep in mind that Joe Biden's ability to do anything here may be limited. The position of the party in the United States against the JCPOA agreement is completely divided. Most Republicans oppose the deal.

The balance of power in Washington and the independence of the new administration will depend on the outcome of the rest of the Senate election in January.

The JCPOA agreement was never a bilateral agreement. The other countries involved are Russia, China, France, the United Kingdom, Germany and the European Union.

Particularly concerned are the European countries that have signed the agreement. The United Kingdom, France and Germany have made every effort to keep the agreement alive under the Trump administration.

As a result, the three countries could play a key role in the agreement on the return of the United States to the treaty.

However, many in London, Paris and Berlin feel that the world situation is no longer the same and that it is unlikely that the old agreement will be easily reversed.

He says any such deal would be aimed at limiting Iran's regional activities and its nuclear program, including the development of ballistic missiles. Because the current contract is coming to an end.

Some regional powers, which opposed the JCPOA, such as Israel, the United Arab Emirates and Bahrain, have recently signed some agreements to normalize relations.

These agreements have been mediated by the Trump administration. As a result, it will be difficult to ignore what these countries want.

Speaking at a recent seminar at the Institute for National Security Studies at Tel Aviv University, Youssef Al-Otaiba, the UAE's ambassador to Washington, said, "If we want to compromise on our security, we have to go there."

His words echoed the words of Amos Yadlin, the director of the institute. "Israel, along with our other allies in the Middle East, wants to be in that discussion," he said.

King Salman of Saudi Arabia has also called on the international community to take a tougher stance against Iran.

It will not be easy for new President Joe Biden to return to the agreement reached with Iran, given the importance of these views and positions. The diplomacy of matching the demands of all parties together will be as difficult for him as matching the Rubik's Cube.

It should not be forgotten that the term of his predecessor Donald Trump has not yet expired.

According to US media reports, Mr Trump spoke with his advisers last week about the attack on Iran's nuclear facilities. But advisers have prevented him from doing so.

But despite the election defeat, Donald Trump has ignored international norms and imposed new sanctions on Iran, threatening to impose more sanctions.

However, before leaving power in January, Mr. Whatever Trump does, it is clear: for Joe Biden, he will try to make the situation more difficult.

As a result, it is not possible to say for sure what the United States will do about Iran during this period.