How True Are The 5 Allegations of Electoral Fraud in US Election! 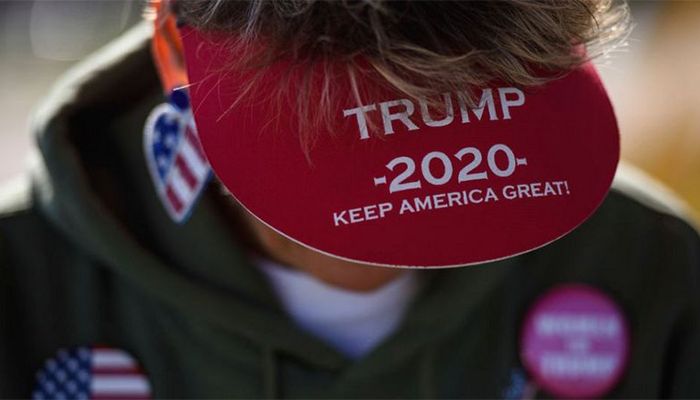 ﻿President Trump and his election team have so far refused to accept the outcome of the US election and continue to challenge it. But what evidence is there for the fraud they are alleging?

The BBC's reality check team has investigated the main allegations of fraud and irregularities:

President Trump and several others have complained that during the vote count, a large number of votes suddenly began to come in favor of his rival, Joe Biden.

At a news conference on November 19, Rudy Giuliani reiterated the same allegation, saying that thousands of extra ballots turned up at a Detroit counting center one morning.

Mr Giuliani made the allegation based on a claim by a poll worker. The poll worker claimed that he saw two vans coming, which were supposed to bring food. But he did not see any food unloading from these two vans. Coincidentally, more than a million ballots were found in Michigan. It's been less than two hours since the last van left. "

But a number of other allegations, including this one, were dismissed by a judge on November 13, saying they were not credible.

More such allegations were made by Republicans in some important states, where there was fierce competition between the two candidates. Republicans were complaining that there was a sudden surge of Democrat votes in these states. These allegations were an indirect indication that the election may have been rigged.

But in some cases, it was found to be due to paperwork errors or software errors, which were corrected after being caught.

One more thing needs to be said here. A record number of people voted in this election by post. And the vast majority of them voted for the Democratic Party.

It took a lot of time to count these votes. And the results of this calculation were being published in one place the day after the election, step by step. As a result, the vote for Joe Biden suddenly went up.

And it's not true that Mr. Biden got all of those extra votes. President Trump also had a lot of votes.

Complaint 2: They were not allowed to go there during the counting of votes

Another allegation made by President Trump and his team of lawyers is that in some Democrat-ruled cities, such as Philadelphia and Detroit, Republican observers did not have access to the counting center.

Vote observers are allowed to enter the polling booths during the counting of ballots to ensure the transparency of the election.

In most states, observers are given this opportunity, even if they register the day before the election. And poll observers are usually associated with one party.

In some areas, the number of observers was limited. This was mainly due to coronavirus.

But observers from both parties in Detroit and Philadelphia have been given the opportunity to observe the vote count.

In Detroit, more than 130 observers from both Democrats and Republicans were allowed to go to the polls.

The lawsuit was settled out of court in Pennsylvania. But on Nov. 16, the Supreme Court ruled that Pennsylvania officials did not violate any law by limiting the extent to which observers would be able to observe the postal vote count.

Complaint 3: The vote for Trump has been counted in favor of Biden

His legal team reiterated an allegation made by President Trump. The allegation is that there was a problem in the vote counting system in some important states where there was strong competition. In those states, the millions of votes cast for Mr. Trump have been counted in favor of his rival, Joe Biden.

Originally a conservative news outlet, the One American News Network (OANN), complained about the Dominion voting machine. President Trump reiterated that allegation. This machine is widely used in vote counting throughout the United States.

The allegations were made in the One American News Network, citing Edison Research, an election watchdog group. Edison Research has analyzed "unsubstantiated information" and found that millions of votes cast for Trump have been overturned.

But Larry Rossin, president of Edison Research, said they had never made such a report. They also have no evidence of vote rigging.

The Dominion Voting System also said in a statement, "Allegations that votes have been altered or deleted at the Dominion machine are 100% false.

Complaint 4: Owners of voting machines are in the hands of Democrats

President Trump complained that the ownership of the Dominion voting system is in the hands of the far left. Mr Trump's legal team was hinting that the company had ties to Bill and Hillary Clinton and other Democratic politicians.

But in a statement, the Dominion voting system said it was a non-partisan US company. Their ownership has nothing to do with the Clinton or Nancy Pelosi or any other top Democratic leader.

But it is important to point out a difference here. There is a difference between what President Trump has complained about Dominion's direct ownership and the money the company has spent on various charities or lobbying.

Dominion has contributed to both the Republican and Democratic parties. But it is not uncommon in the United States for a company like theirs to lobby for government business.

In 2014, Dominion contributed to the Clinton Foundation. But the company also paid tribute to Senate Republican leader Mitch McConnell. The rumors about Nancy Pelosi are mainly due to her joining former Chief of Staff Nadeem Elshami Dominion. But Dominion has previously hired people associated with the Republican Party.

President Trump and his supporters have complained that thousands of dead people have voted in large numbers in this election. Thousands of votes have been cast in the contested states.

The BBC's reality check team has verified a list of tens of thousands of such people in Michigan. Everyone on the list is said to be dead, but votes have been cast in their name. But this list actually has fundamental flaws.

The same thing was found thereafter verifying the list of other dead votes. No evidence was found that ballot papers were rigged in the name of the dead.

This has happened in the past in US elections, where it seems that no dead person has voted knowingly. But there is no evidence that such incidents have happened on a large scale. This is mainly due to the forgetting of papers. The vote may be valid. Or maybe another member of the same family with the same name cast this vote on his ballot.